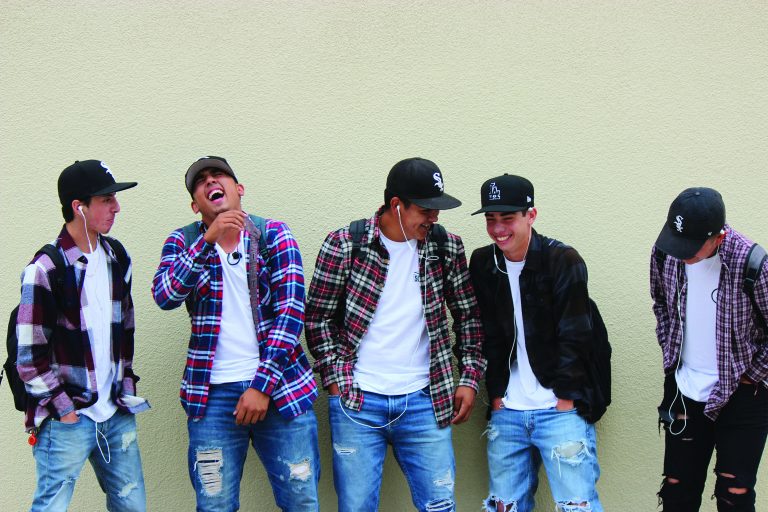 Social media presence shouldn’t be an afterthought for school publications

Social media holds enormous potential for yearbook staffs. It no longer needs to be relegated to the “Oh, yeah! I guess I could do that” category. With everyone spending more time online than ever before, social media is a channel for getting information in front of an audience.

Whether you use it as a news platform, selling tool or a way to share fantastic memes, social media deserves your staff’s time and attention.

Two students and an adviser shared their thoughts on social media strategy for 2019.

From the Adviser’s Viewpoint

The Aerie yearbook staff of Marjory Stoneman Douglas High School, in Parkland, Florida, is active on Twitter and Instagram (both use the handle @aerieyearbook). They use social media to promote yearbook sales, notify their school of upcoming price increases and deadlines, share their awards and recognition, give a glimpse into the yearbook staffers’ lives, share what’s happening at their school and keep their school informed about important news outside the school.

The Aerie yearbook staff uses social media more than ever before, which yearbook adviser Sarah Lerner, CJE, said makes sense for the times.

Both the students and adviser contribute to their accounts.

“It just depends on where we are, who’s at the event,” Lerner said. The Aerie staff doesn’t have a social media-specific policy, but uses their best judgement.

They keep a list of the opt-out students in their classroom, so most of the staff is familiar. Even students not on the list have their wishes respected if they don’t want their photo shared online.

You Scratch My Back, I’ll Scratch Yours

Lerner and her yearbook staff use their social media to promote other clubs and events at MSD.

It’s a reciprocal system, and the clubs, classes and events are encouraged to help spread the word on yearbook events, like club picture day or sales deadlines and especially book sales. They encourage reciprocation by tagging other organizations, like the senior class account, which helps them reach their target audience for that post.

“For book sales, we were tagging all four classes on Twitter, so the officers or whoever runs their accounts would be able to retweet it and let the student body know, ‘Hey, yearbooks are being distributed in the cafeteria during both lunches. Please make sure to come and get your book before they’re gone.’ We really try to target it as best we can,” Lerner said.

Go with the Flow

Lerner and her staff’s social media usage evolved as their audience usage evolved. They started utilizing Instagram stories more at the end of the 2019 school year.

“I see us going with the flow. We’re definitely not pioneers in social media, but we utilize it a lot. So it’s important to stay on top of things,” Lerner said.

They don’t consider themselves trendsetters but do remain mindful of how platforms evolve so they can keep abreast of what’s happening. They focus most heavily on Twitter and Instagram, but plan to increase their Snapchat usage for the 2020 school year.

When Lerner took over the program, she set a goal to use social media more as a means to communicate with students and reach them where they are.

“If they’re mostly on their phones using social media, that’s where we need to be.”

Advice from the Adviser

Branding is one of the most important first steps to creating a social media presence for your publication.

“It needs to be consistent and you need to stay on-message with that branding,” Lerner said.

Her other advice pertains to trust.

“If the adviser isn’t the one running social media, he or she really needs to find students who are trustworthy.”

Find students who understand that they’re not representing themselves on the yearbook’s social media; they’re representing the publication, fellow staff members, the adviser and the school.

If you have any questions about yearbook social media from an adviser’s perspective, Lerner invites you to reach out to her on Twitter @mrs_lerner. You can follow the Aerie on Twitter and Instagram. Both platforms use the handle @AerieYearbook.

From the Student Perspective

What is the student’s responsibility for successful social media?

Owen Barno and Parker Ridaught are editors-in-chief for Glory yearbook at Freedom High School in Tampa, Florida. They also run their yearbook’s social media. Barno explained that they view social media as an extension of their journalistic mission.

“Parker and I believe that our yearbook has become, instead of just a publication of the book, it has become more of a media and journalism program as a whole. We’re trying to cover multiple aspects between the writing, the photography, the book itself, the social media,” Barno said.

Ridaught explained that he and Barno love the overlap.

Barno and Ridaught use social media to build the brand of their yearbook and their school. They want to influence how students feel about the school and encourage event attendance.

“The yearbook only comes out once a year,” Barno said. “But if kids continue to see posts on social media all the time, then it makes them feel like the school is more involved.”

For social media posts, Barno and Ridaught assign staff members to go to events and take photos, like they do for yearbook spreads, then save their photos to the computer within 24 hours.

Barno or Ridaught then take those images and create designs for their social media accounts. Ridaught explained that they do this because they want to improve the quality of their designs.

The amount of time it takes depends on the quality of the posts.

“It doesn’t take that long to take a picture on your phone, upload it and write a quick caption. But if you want to edit that photo, put some graphic design on it or maybe even get better quality or get a story, that can take time,” Barno said.

Even though the process takes time, they believe it’s worth it for the high-quality, branded image they are creating on social media. They’ve discussed creating a role of social media editor on their staff of about 28 students.

Social media has also proven a useful tool to promote Glory’s yearbook sales, and they hope to improve this aspect even more.

“It’s just getting that name out there,” Ridaught said. “And because our book and our social media has gotten so much better over the past couple of years – we won our first FSPA award this year and our school had never seen that – when students know that and they also know that we’re posting on social media, it’s reassurance that we are involved and that we care. People know that we’re passionate about it and I think that translates over to what’s put in the yearbook.”

Post often and post about school events. Barno and Ridaught said this is important for yearbook staffs who want to build up their social media presence.

“It doesn’t have to be a super-major event,” Barno said. “It can be something as small as a little feature story or a picture of student who had an accomplishment. But you want to post frequently, that’s what’s important. Because you want to build the brand of the yearbook and the school.”