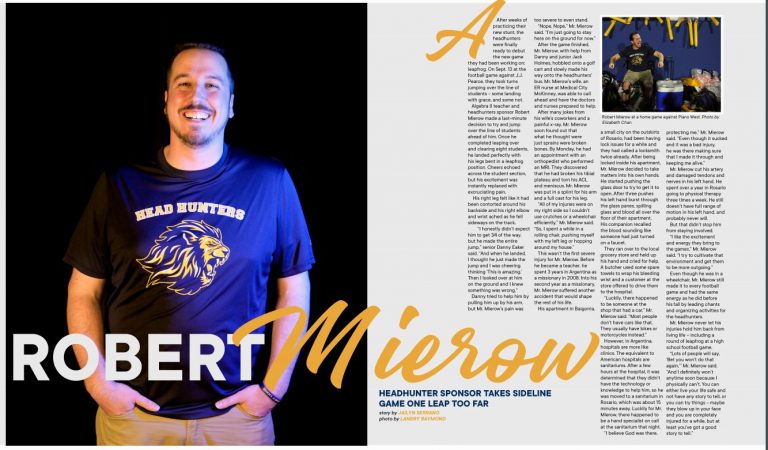 Elizabeth Long of the Hauberk staff from Shawnee Mission East was named a finalist in the Feature Story category for her profile of an East student battling cancer.

Jailyn Serrano of The Lion staff from McKinney was named a finalist in the Feature Story category for a profile of teacher Robert Mierow, the sponsor of a McKinney cheer group who sustained a traumatic leg injury at a football game.

NSPA’s annual Story of the Year contest typically draws hundreds of entries across its five categories, before narrowing down to 10 Finalists in each category. All of the Finalists can be found here on the NSPA website.