Shawnee High yearbook staff gets extraordinary with 2017 promotions May 24, 2017 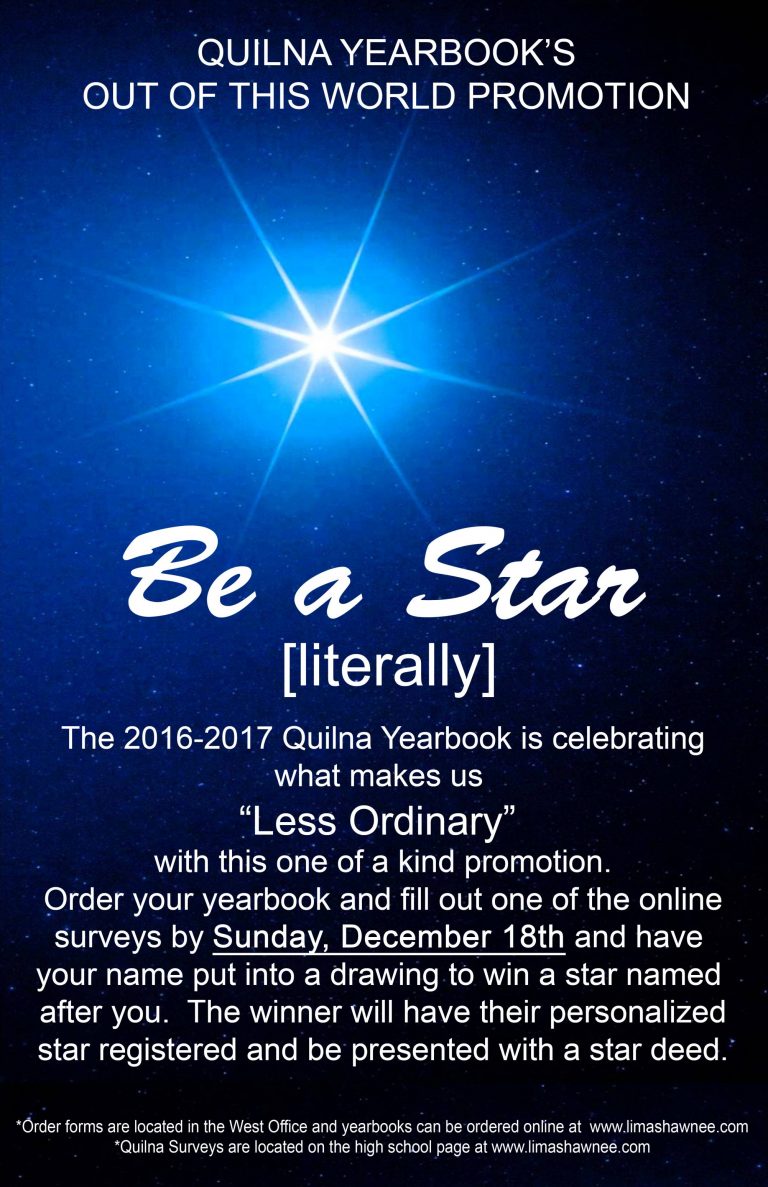 The yearbook staff at Shawnee High School in Lima, Ohio, prides itself on annually coming up with creative ways to get students hyped up about buying the yearbook. We’ve written about their efforts more than once here in the Yearbooks Blog.

The theme of Shawnee’s 2017 Quilna yearbook was “Outside Ordinary,” which meant the staff wanted to even outdo their normal standards.

According to Reece Scott, the Shawnee staff’s head of Promotions and Marketing, they were facing “a forgetful student population who struggled to remember to take their order forms home to parents.”

To counter the problem and make an impact with students, Scott said the staff looked to the stars. Literally. They bought a star from the National Star Registry, and students who ordered the yearbook by Dec. 18 and completed an online survey were put into a drawing.

The drawing winner got the star named after them, and was presented with the star’s deed.

“Our sales jumped by 60 books sold within the two-week run of our ‘Be a Star’ promotion,” said Scott.

What types of promotional efforts did your yearbook staff use this year?