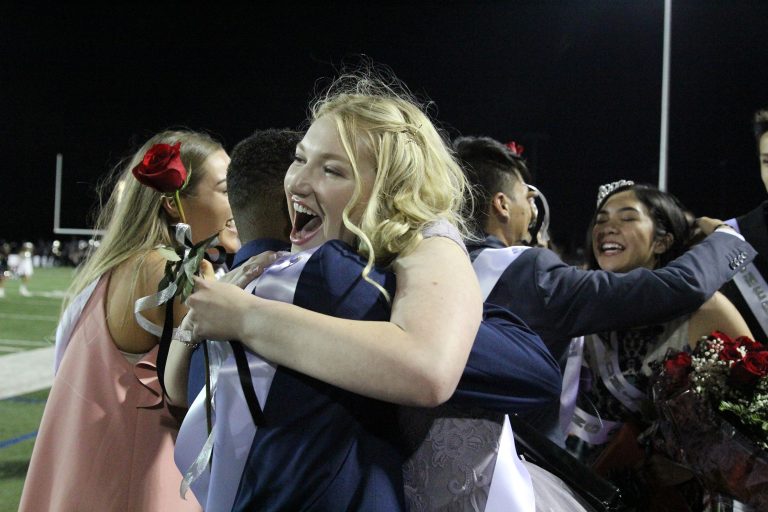 Write the Story, Not the Facts

Are your readers actually reading your yearbook? In many cases, the answer is “no,” and with good reason.

Most yearbooks are not written to be read. Yearbook copy tends to be a collection of non-compelling facts put together too lazily and too hastily, without regard for the reader. While that is a harsh indictment, it is often true and it is nothing new.

Hey, you worked hard on the yearbook — wouldn’t it be nice if people read it? Instead of dull and lifeless facts, stories should be a collection of interesting people caught in defining moments — moments that reveal character and personality.

Take a look at this story:

Yearbook Shoots it Up!
by Lacey Beetle, Stardust Academic Editor

The yearbook class is a class where students make the yearbook. They write stories, take photos and make pages. It¹s really a lot of work.

The hardest part is deadlines.

The theme of this year’s yearbook is “Out of the Ordinary.” The class picked the theme after deciding that the student body was really out of the ordinary.

“We thought a lot of students were out of the ordinary,” Mrs. Susan Adviser said. “We thought it would also be a fun theme to do.”

The yearbook class also had a lot of fun putting together the yearbook.

This yearbook story is not a story. It does not show the highlights (and “lowlights”) of the yearbook staff. No laughing. No crying. No fighting. No hugging. No mouse throwing. No defining moments. But this yearbook story, written in different forms about different groups of people, appears all over American yearbooks on sports, academic and people pages.

The reason this is not a story is because it does not contain any elements of a story — you know, those story elements you have to know to pass sophomore English or the state standardized reading test: characters, plot, conflict, resolution, dialogue, tone, and theme.

The story starts by telling us the class makes the yearbook.

So does the basketball team play basketball? What do the chess club people do?

Then the story tells us that yearbook is a lot of work, which is either unproven or untrue because it is not shown to us. Instead, show the yearbook is work by showing work being done. Show editors rebuilding an entire signature because the server locked up and destroyed the completed pages. Let the reader see and hear the characters in conflict.

Quotes are a great way to support and give life to a story, but they have to be interesting and natural, not just repetition of what has already been said. For example:

Staring dejectedly at her screen around midnight on Friday night, editor Buffy Lowiq had no idea how she was going to make tomorrow’s deadline.

“These computers are stupid,” she said, pounding the keyboard.

“Maybe it’s not the computers that are stupid,” she retorted.

“I think we all need to go for a walk and take a breather,” yearbook adviser Betsy Peacemaker interjected quickly.

Now that is a moment worth writing about: the fear, the reality. Think about all the compelling moments you had on your staff this year.

Those moments must be in the yearbook story about yearbook.

Where are the stories?

Now, what about the rest of the yearbook? What about football, prom, student government, a school tragedy? These stories require reporting and writing about the magic moments that happen among the people involved.

Which of the following story leads would you rather read?

1. The basketball team went 18-8 this year and lost in the first round of the playoffs. The coach said the team worked hard and played a tough brand of basketball.

Jones quickly jumped up off the newly waxed surface of the miniscule practice gym floor, showing teammates that even though her nose was nearly on the left side of her face, she would not come out of the scrimmage until her side won.

Owens never apologized, and Jones did not expect her to.

The coach explained that toughness is the reason the team won so many close games this season.

The second example places us in a story that has interesting characters, conflict and setting. The reader wants to read on because the story is vivid, showing what it is like to be on the team, rather than just telling about the team. The records, statistics, scores, and tournament finishes could all go into a sidebar or fact box about the team, which is a more efficient and visual way to present them.

Now look at these leads:

1. The North High School speech team did not win many meets, but they worked hard at practice. Senior Joanie Brainiac qualified for state and placed 43rd in extemporary.

“It was really fun going to state and placing,” she said.

2. As the bus rolled into Harrisburg for the final all-day Saturday meet of the year, the North High School speech team was buzzing from two straight hours of playing Taboo, eating Funyuns and showing each other their cartoon character underwear. After finishing last in every meet so far, no orator felt any pressure.

“We’re not that good,” senior Joanie Brianiac said, “but man, we have fun.”

In the second example, there is personality, an interesting tone and an honest quote that does not sound like it came from a press release or from somebody who was asked a quick question between classes. The reader can look forward to reading stories about interesting moments on the team.

So how do you find these defining moments about the people in your stories? Conduct reporting by spending time with sources, rather than spending time in the yearbook room worrying about what to ask and how to meet deadlines.

Spend a whole day with the basketball team or the speech team, preferably on a road trip. Ride with them. Eat with them. Find out what it is like to be them. And always ask this question: “Tell me a story about that.” Here is an example of a thorough reporter:

Reporter: “Tell me a story about it being fun.”

Reporter: “Tell me a story about him. What’s the last funny thing he said?”

Girl: “Um, well, the other day he showed up to class wearing a Teletubby costume and he started screaming at us for how badly we played at our concert the night before. Man, he was right. We were terrible, but we started laughing so hard because of that costume. He made his point, though.”

Reporter: “Why did he wear the costume? Which Teletubby was it, anyway?”

Girl: “Po, I think. Maybe La-la. The yellow one. I think he did it just to get our attention and to keep things interesting. He always does that.”

Reporter: “Cool. Give me some more examples.”

That is a good interview. Once the reporter talks to the band director and gets more defining moments like that, the story will write itself.

So, if you want readers to actually enjoy reading the yearbook, look at it this way: instead of thinking about covering teams, clubs, trends and events, think of it more in terms of covering stories and defining moments that happen on those teams and clubs and during those trends and events.

4 Responses to “Write the Story, Not the Facts”

There is something missing from this article.

“Quotes are a great way to support and give life to a story, but they have to be interesting and natural, not just repetition of what has already been said. For example:

Now that is a moment worth writing about: the fear, the reality. Think about all the compelling had on your staff this year.”

Where is the example??? And the sentence “Think about all the compelling had on your staff…” is definitely missing something.

Does anyone have a copy of the full article? I’d love to see the missing parts.

Good catch Sheryl! You were correct. There was definitely some copy from the original article that had been dropped when it got posted online. The example you cited has been placed back in.

Thanks for pointing it out!

Thanks so much. Great article!

Scott Winter is a journalism professor at Bethel University Minnesota. Winter taught high school journalism and English for 10 years in four schools in North Dakota, Minnesota and Colorado. His students won big, fat awards, including national best of show rankings and NSPA Pacemakers. He also was a professional journalist for five years, working in sports writing, feature writing, graphic design and feature editing at daily newspapers in his home state of North Dakota.