Simons named 2021 Yearbook Adviser of the Year by JEA; Taylor, Young also among those honored in class December 7, 2021 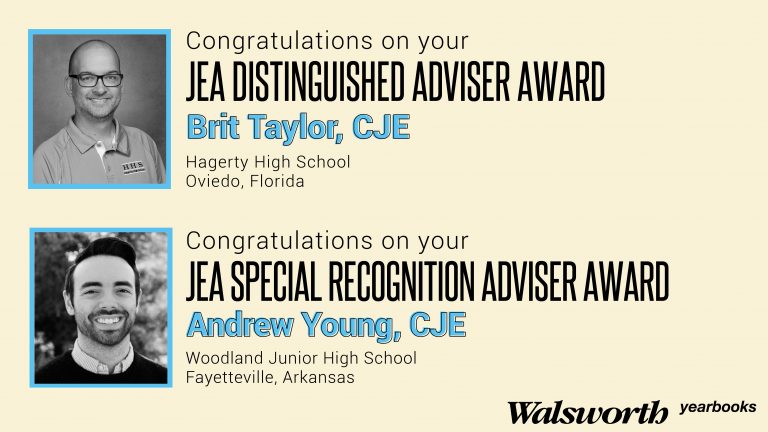 Simons named 2021 Yearbook Adviser of the Year by JEA; Taylor, Young also among those honored in class

The Journalism Education Association (JEA) announced on Monday that Michael Simons, MJE, the yearbook adviser at Corning-Painted Post High School in Corning, New York, had been named the 2021 Yearbook Adviser of the Year. Walsworth Special Consultant Jim Jordan interviewed Simons in the first season of the Yearbook Chat with Jim podcast. You can listen to that interview below.

Two advisers from Walsworth Yearbooks schools were also among this year’s group of JEA honorees, as Brit Taylor, CJE, from Hagerty High School in Oviedo, Florida, was named a Distinguished Adviser; and Andrew Young, CJE, from Woodland Junior High School in Fayetteville, Arkansas, was named a Special Recognition Adviser.

Each year, JEA’s National Yearbook Adviser of the Year program is designed to honor outstanding advisers and their exemplary work from the previous year, as well as throughout their careers.

Taylor is the yearbook, newspaper and news website adviser at Hagerty. He is the president of the Florida Scholastic Press Association and was previously named a Special Recognition Adviser by JEA in 2020.

His yearbook staff was inducted into the NSPA Hall of Fame in 2020, and both his newspaper and yearbook staffs have won multiple national awards, including NSPA Pacemakers and CSPA Crowns, over the past 12 years. 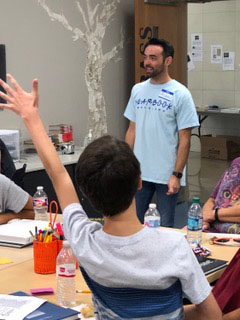 Young was named a 2017 Rising Star by JEA, 2018 Arkansas Adviser of the Year, 2018 Fayetteville Public Schools Teacher of the Year and 2020 Outstanding Young Alumni from the University of Arkansas College of Education and Health Professions. His staffs have been recognized in the JEA Middle School/Junior High Media contest, NSPA Picture/Story/Design of the Year contests, Arkansas Scholastic Press Association awards and Walsworth Photo Contest.

Woodland’s 2020 Round-Up yearbook received a Silver Crown from CSPA and won an NSPA Pacemaker. Young currently serves as the President-Elect of the Arkansas Scholastic Press Association and has a passion for seeing junior high and middle school journalism programs take it to the next level.