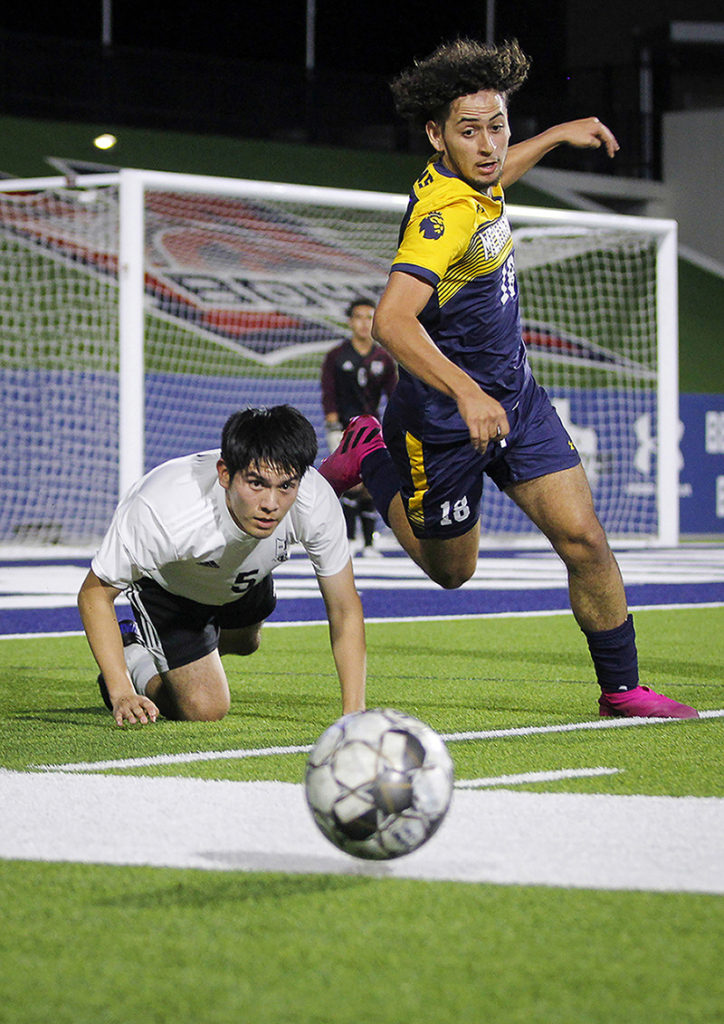 Landry Raymond’s candid image of two soccer players going after the ball won first place for McKinney High School in the Sports Action category of the National Scholastic Press Association’s (NSPA) Photo of the Year Contest when results were announced this past weekend at the virtual Fall National High School Journalism Convention.

Both Elizabeth Long from Shawnee Mission East High School and Jailyn Serrano from McKinney High School were named Honorable Mention in the Feature Story category of NSPA’s 2020 Story of the Year Contest.