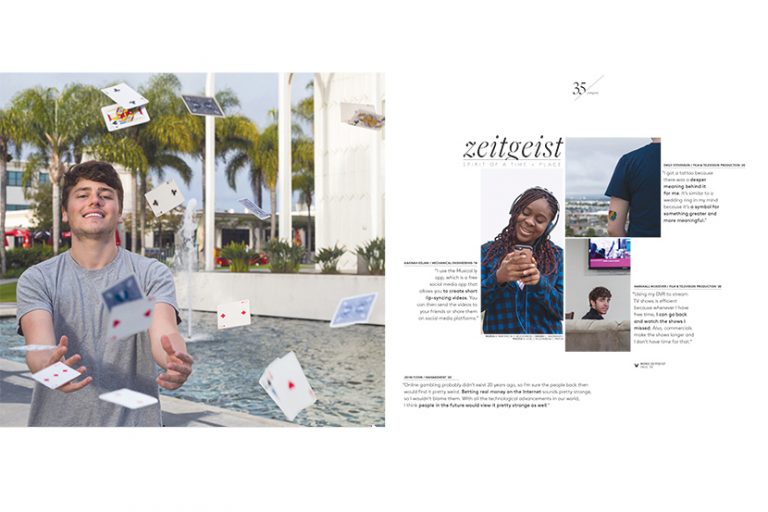 The 2017 Tower yearbook from Loyola Marymount University in Los Angeles, California, was one of only two yearbooks to be honored with a Collegiate Gold Crown from the Columbia Scholastic Press Association (CSPA) this past weekend at the College Media Convention in New York City.

The Tower, a Walsworth Yearbooks customer, has now been chosen as a Gold Crown winner for three straight years and five of the last seven years.

The only other 2017 college yearbook to be selected for a Gold Crown was the Rotunda from Southern Methodist University in Dallas. Two yearbooks were chosen as Silver Crown winners. You can find the full results at the CSPA website.

Each year, CSPA members are invited to submit a copy of their publication for Crown judging. From among those entries submitted, the Crown Awards are considered at Columbia by panels of invited judges, working in small groups to review each publication. Yearbooks are judged on their excellence as shown by their design, photography, concept, coverage and writing.

The Scholastic Gold and Silver Crown winners from this year’s 2017 Finalists will be revealed this Friday during CSPA’s annual Spring Convention in New York City.

[…] 2017 Tower yearbook from Loyola Marymount University in Los Angeles, California, was named a Collegiate Gold Crown winner by CSPA this past weekend at the College Media Convention in New York City. The Tower was printed […]