When the Journalism Education Association (JEA) announced its 2021 Rising Stars and three Walsworth Yearbooks advisers were on the list, Jim Jordan knew he had to get them on his podcast. He sat down with Laurel Wicke, Joanna Chadwick and Carly Gates to discuss the honor and their burgeoning careers.

You can listen to these episodes below, at walsworthyearbooks.com/podcasts, or find them on your preferred podcast platform. 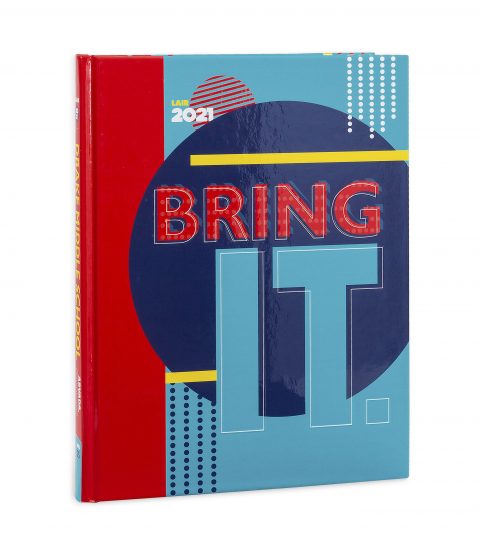 Laurel Wicke has been the yearbook adviser at Drake Middle School in Arvada, Colorado, since 2018. Her staff is made up of 7th and 8th graders, and they’re able to take yearbook as a yearlong elective class.

Wicke grew up in a small town in Wyoming. She was the yearbook editor her senior year of high school. Wicke moved to the Los Angeles area after college, where she did some stage shows and even appeared in a commercial. She came back to teaching because a school needed a choir director, which turned into a full-time job as an English teacher. They moved to a few different cities before her husband’s job brought their family to Colorado.

Wicke wasn’t even employed at Drake when she took over the yearbook program – she was part of the PTO and the administration asked them to oversee the yearbook club. Wicke then applied to be the drama club teacher and was hired, so she became the yearbook teacher, too.

Wicke described the first few years as tough. Despite the learning curve, in 2019 the staff won their first All-Colorado yearbook award.

“We were all learning together.”

Even though she once swore she’d never teach middle school, Wicke has been instructing 6th, 7th and 8th graders for a large part of her teaching career.

“You have to be a little off the center mark to teach middle school. And you really have to have a great sense of humor,” she shared. “As far as the students themselves, they’re in such a weird space where they’re part child and stepping into that adult world. And you’re helping to bridge that gap.

Joanna Chadwick is the yearbook adviser at Derby High School in Derby, Kansas. She was born and raised in Minnesota, then went to the University of Missouri to study journalism. During that time, she interned at The Kansas City Star and even spent a summer in New York interning for Sports Illustrated. After college, she got a job at The Wichita Eagle, met the man who is now her husband, and worked as a sports reporter there for 20 years.

As her kids approached high school, Chadwick started questioning whether she wanted to stay on as a sports reporter. A former co-worker texted about the open job at Derby, and she applied.

“[The transition] was tough, but I had the people there to help me through it, which was awesome,” Chadwick said.

While discussing what she’s learned along the way, Chadwick shared some advice: the yearbook is never going to be perfect, so don’t let the little things get you down.

Carly Gates is the yearbook adviser at Alexander W. Dreyfoos School of the Arts in West Palm Beach, Florida. She grew up in Florida and graduated from the University of Central Florida with a degree in creative writing. She started her teaching career at a different school, but applied to Dreyfoos because she knew it would be a perfect fit.

Dreyfoos is a public magnate arts school and enrollment is highly competitive. Gates gushed about her communications students at Dreyfoos. She shared how they tackle important issues and the creative ways they make their yearbook. Her editor-in-chief is the South Florida Student Poet Laureate, and those poetry skills were used in their 2021 yearbook.

“The skill set, and the passion, and the talent at our school is honestly phenomenal,” Gates said. “It’s an honor to teach there.”