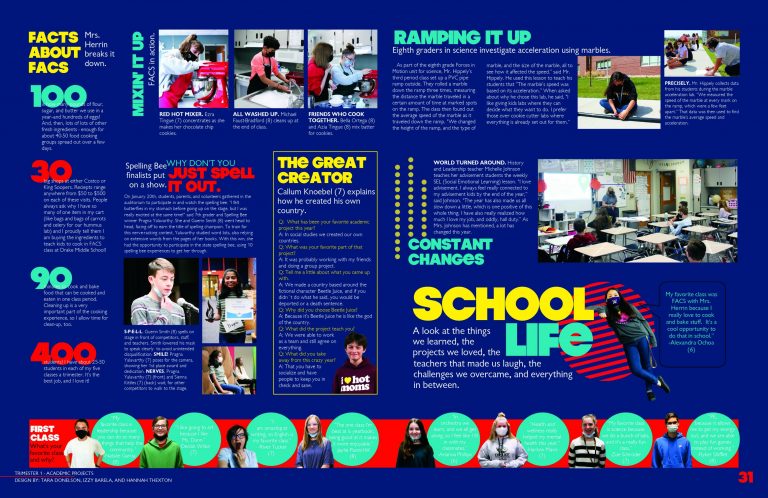 Congratulations to the newly named Rising Stars! Every year, the Journalism Education Association honors teachers who are in their first five years of advising and who have shown a dedication to scholastic journalism. In 2021, JEA named six Rising Stars. Four of those Rising Stars advise journalism programs at Walsworth Yearbooks schools.

Walsworth Yearbooks Sales Representative Andrew Ross, who is starting his fourth year of working with Wicke, said the success she’s achieved in that time is something many programs only dream of. Within two years of Wicke becoming adviser, Drake Middle School’s yearbook was named an NSPA Pacemaker finalist.

“She really has the ability to inspire and coaches her students to maximize their creativity and reach for the sky,” Ross said. “In Laurel’s classroom there are no limits. Even though her students are only 12 and 13, she teaches them that they can do whatever they set their minds to – and boy do they achieve great things. Walking into Laurel’s classroom is always so exciting and something I look forward to. Her entire school community adores her and the work she does for her school.”

Walsworth Sales Representative John Kelley knew Chadwick when she first became a teacher. She had a background in professional journalism but didn’t know much about producing a yearbook. Despite the challenges she faced, Chadwick took an already strong journalism program and made it even better.

“Her dedication to her students is incredible. She provides them the training they need and then puts them to work producing outstanding yearbooks,” Kelley said. “She runs her yearbook room very much like a professional publication. Everyone has a role to play on the yearbook, and they get better as the year goes on because they are allowed to both succeed and fail. Students in Joanna’s publication classes get a real-life journalism experience – one that they can take with them as they continue their education and careers.”

Gates and Walsworth Sales Representative Veronika Levine, CJE, have a connection beyond the five years they’ve known each other – Levine actually graduated from Dreyfoos School of the Arts, where Gates currently advises.

“She is amazing! You could not wish for a more dedicated adviser trying to make a change,” Levine said about Gates. “She is honestly doing one of the most cutting-edge books in the country. She has earned the title Rising Star!”

More information about JEA’s Rising Stars can be found on the JEA website.