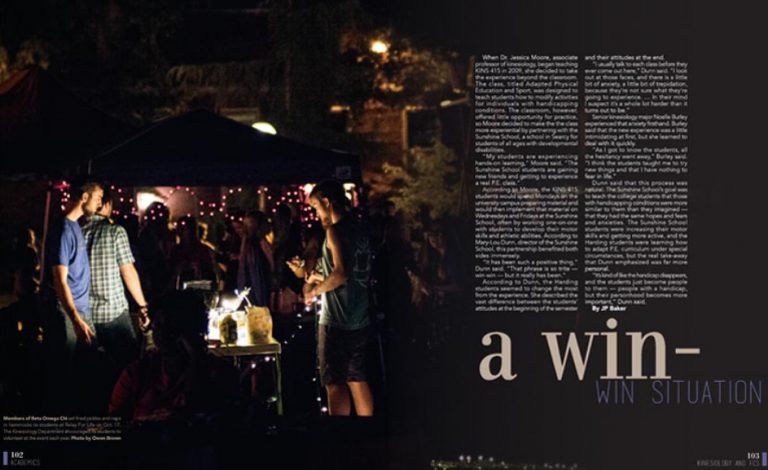 The 2015 Petit Jean yearbook of Harding University in Searcy, Arkansas, was among the universities to receive a Yearbook Pacemaker award from the Associated Collegiate Press (ACP).

The winners were announced at the awards ceremony during the ACP National College Media Convention, Oct. 20-23, in Washington, D.C.

Fourteen 2015 college yearbooks were nominated for the Pacemaker Awards, and eight of them earned Pacemakers.

Each year, the Pacemaker Awards judge college and university publications on writing/editing, design, content, concept, photography, art and graphics. The awards are considered one of collegiate journalism’s highest national honors.