East Rockaway presses on with yearbook after the storm December 11, 2012 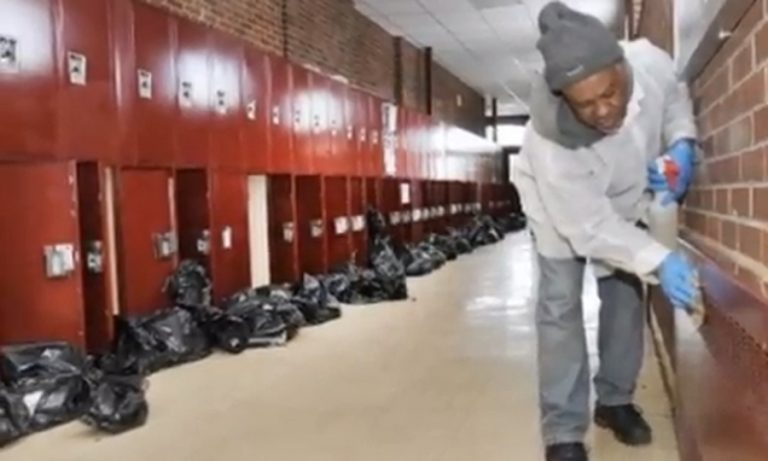 East Rockaway presses on with yearbook after the storm

Tom Schloen thinks about the theme his East Rockaway High School yearbook staff developed for the 2013 yearbook, and when he tells you what it is, in light of everything that’s happened over the past six weeks, it’s almost impossible to believe.

“Organized chaos,” said Schloen. “That was the theme of this year’s book before all this happened, if you can believe that.”

“This” occurred on Oct. 29, when Hurricane Sandy struck land near Atlantic City, N.J., and caused massive flooding up and down coastal New Jersey and New York. That area included most of Long Island, and the area surrounding East Rockaway.

Flooding was catastrophic. Saltwater breached a nearby sewage treatment plant, causing the sewage to dump into the neighborhood streets. East Rockaway High School was hit particularly hard, sustaining massive amounts of damage. Both of the school’s two gyms and the auditorium were flooded with saltwater and sewage, as were the technology classrooms.

“Our district anticipated the storm, but they never anticipated the extent of the flooding,” said Schloen. “We still have people who can’t go back in their homes. People can’t even start clean up yet, because of the environmental conditions.”

Life is still not back to normal, as the holidays and winter break approach. With the high school still closed, the East Rockaway students have been split up into two elementary schools in nearby Baldwin, N.Y. Each day, kids get dropped off at East Rockaway High School, then take a bus to whichever crowded elementary school they’re attending in Baldwin.

The yearbook staff of 25 is still meeting once a week, more determined than ever to produce the 2013 book. The yearbook is being produced using Walsworth Yearbooks’ Online Design, so much of the work can be done on personal laptops at home and during odd hours.

For Schloen and co-adviser Donna Smith, the reality is that they never know how many staffers will show up to the weekly yearbook meeting.

“Your whole outlook changes,” said Schloen. “We have kids who don’t have heat yet. If they have heat back, they don’t yet have hot water. Some of them are living in houses without four walls. Donna and I understand we might have to do more of the work this year than we normally would do.”

Susan Gillam, Walsworth’s yearbook sales representative for East Rockaway, said after the storm hit and the East Rockaway students were thrown into such a dire situation, she pledged to do everything she could to make sure the seniors got their yearbook produced, even if it meant deadlines had to be waived.

“I know these kids. They’re one of the more closer-knit yearbook staffs because it’s a small community and they’ve been in the same building together since the 7th grade,” said Gillam. “There was no way I was letting this storm do this and I was going to help them create a yearbook to commemorate their senior year.”

Unfortunately, there are still issues. The East Rockaway book has always been heavily dependent on ad sales from local businesses, something that has obviously become a struggle this year with so many local businesses impacted by Sandy.

“They have two good advisers. They’re fantastic and they’re on top of it,” said Gillam. “I have faith in them. The kids there are spirited. They love their school. It’s just funding they need right now.”

Walsworth has posted messages on its Facebook page and sent out emails to yearbook advisers in the Northeast asking for donations and sponsorships in any amount.

No matter how much comes in through ad sales and sponsorships, Schloen said the East Rockaway staff will keep working each week on their book, as the chaos hopefully starts to fade around them.

If you are interested in supporting the East Rockaway High School yearbook, you can do so with a sponsorship, or by purchasing an ad. Any amount is appreciated, and can be sent to adviser Tom Schloen at 45 Montrose Ave, Babylon, NY 11702. Please make all checks out to the East Rockaway Student Activities Fund. All donors will be mentioned in the yearbook.

[…] week over in the Idea File area, we posted a feature article on the yearbook staff at East Rockaway High School in New York who is still trying to recover from the flooding that impacted their school when Hurricane Sandy […]

I will never complain again about the miniscule challenges of broken servers and computers, turned off power at school at deadline, no financial support from district, or even late team photos for Spring sports. Tom Schloen and Donna Smith are visionary heroes for their school and student body. I applaud them.

Thanks for the kind words and encouragement.

this is an awesome article it was very inspireing and thoughtfull….I wish the school good luck!

[…] our feature story a few months back about the yearbook staff at East Rockaway High School, who was left to deal with the flooding from Hurricane […]