Brit Taylor of Hagerty High School named FSPA Teacher of the Year May 1, 2017 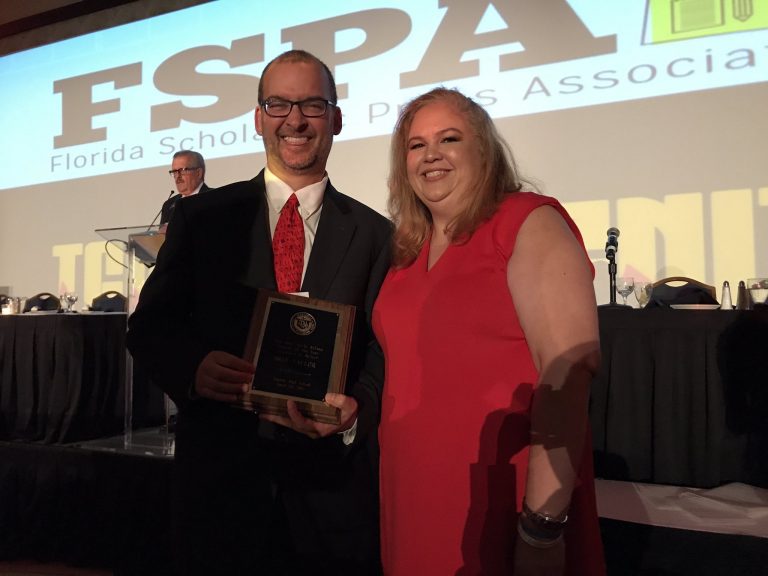 Brit Taylor, CJE, the yearbook and newspaper adviser at Walsworth Yearbooks school Hagerty High School in Oviedo, Florida, was named the Teacher of the Year over the weekend by the Florida Scholastic Press Association (FSPA) at FSPA’s state convention.

Missy Green, the Walsworth Yearbooks area rep for Hagerty High School, has known Taylor since he was a student editor at Winter Park High School in 1988, where she was the school’s yearbook rep. She’s not surprised at the career and legacy Taylor has carved out.

“Whether he is teaching at school or at Camp Orlando, his determination and patience are unmatched,” said Green. “His love for his students, school, journalism and above all, his family, is unprecedented. It isn’t a surprise to me that many of his former students have surfaced in my schools as yearbook or newspaper advisers.”