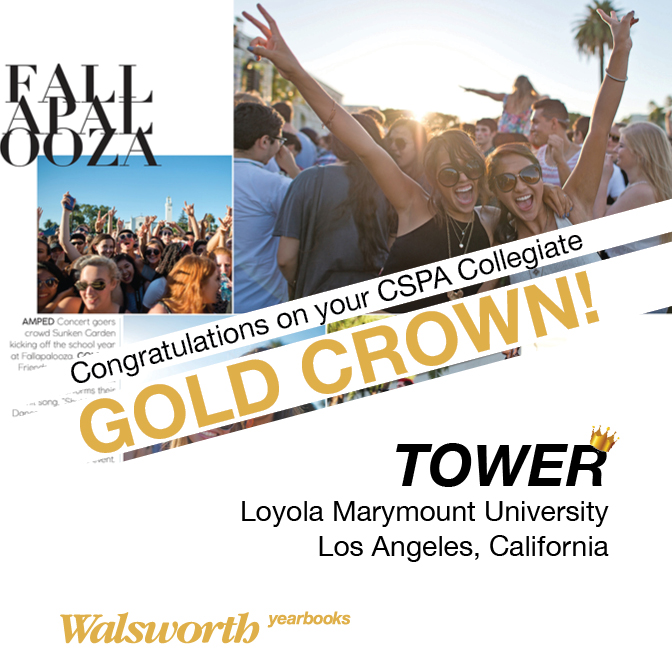 The 2016 Tower yearbook from Loyola Marymount University in Los Angeles, California, was named a Gold Crown winner by the Columbia Scholastic Press Association (CSPA) this past weekend at the College Media Convention in New York City.

The Tower was printed by Walsworth Yearbooks, and was the only 2016 college yearbook to receive a Gold Crown. Three other college yearbooks were nominated as Crown Finalists, and received Silver Crowns.

Each year, the Crown Awards are among the nation’s highest honors for collegiate journalism. This year’s publications were judged on writing/editing, design, content, concept, photography, art and graphics.