The five scariest yearbook mistakes you can make October 31, 2019 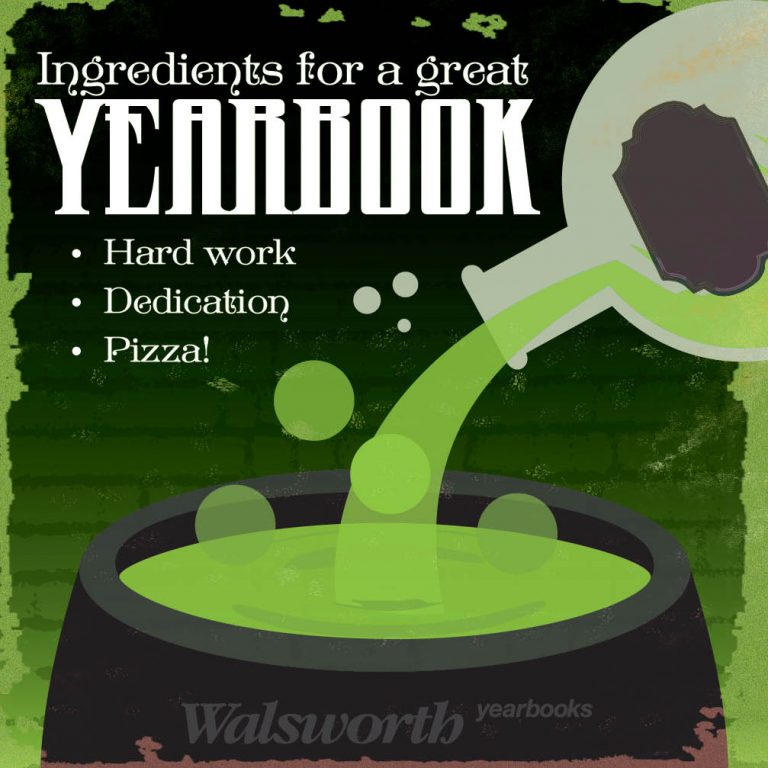 The five scariest yearbook mistakes you can make

It’s a spooky time of year: the days are getting shorter, the nights are getting colder, and the first big deadline for yearbook staffs has either just passed or is looming. Yearbook is a rewarding endeavor, but sometimes mistakes or oversights can cast a dark shadow on the entire project. These are some of the scariest yearbook mistakes to watch out for as you go through the year.

Unbalanced coverage can manifest in many ways. Don’t let this mistake sneak up on you! Unbalanced coverage could mean forgetting someone in the portraits. It might take the form of giving several pages of coverage to the football team but none to the softball team. It might jump out and scare you at the end of the year when you realize the same two dozen students are used throughout the book but a large chunk of your school was barely acknowledged.

Misspelled names lead to hurt feelings and hurt feelings lead to … well, just watch a classic horror flick and you’ll get the idea. It also damages your yearbook’s credibility. Avoiding spelling errors in proper nouns can be tough, since errors in names don’t always jump off the page the same way they do with common nouns. The first line of defense comes during an interview. Ask your subject how to spell their name and check it when writing your story. The second line of defense is the copy editors. Make sure they have a way to reference spellings for everyone at your school, students, faculty and staff, and use it.

Missing a Deadline Early in the Year

It’s not impossible to recover from an early missed deadline, but it will make your whole year more difficult. It’s easy to think “We can make that up later,” but that’s about as good an idea as checking into the Bates Motel. Always remember: ladders can change, but deadlines don’t. You’ll have to work extra hard to get back on the right path, so it’s easier not to miss a deadline in the first place if you can help it.

If your yearbook budget depends on book and ad sales, you need to put some effort into the right places. Target the right people. Don’t be the person in a horror movie who runs up the stairs when they should be heading outside and to their car. Determine what the car of your yearbook market is (parents? overlooked students?) and run toward it with your marketing efforts.

Ads have the potential to open up a whole other can of worms. Once you’ve sold them, you have to deliver what they paid for. Check names and addresses of businesses. For all ads, be sure you have a system in place to ensure the buyer gets the ad size and content they paid for.

Hopefully your staff is trustworthy and would never intentionally put something rated R into a PG book. However, even the most well-intentioned staffs can miss a detail in a photo. You don’t want to think you’ve peacefully laid your book to rest, only to have an overlooked blunder cause it to rise from the dead months later.

As the yearbook staff works on the book, keep your eyes peeled for potentially offensive content. Read the shirts people are wearing in photos. Watch for hand signals. Even if the person making the signal didn’t have malicious intentions, the meanings of gestures can change over time into something you don’t want represented in your book. Double check any quotes people might use, especially if it’s one you’ve never heard before, and who it’s attributed to.