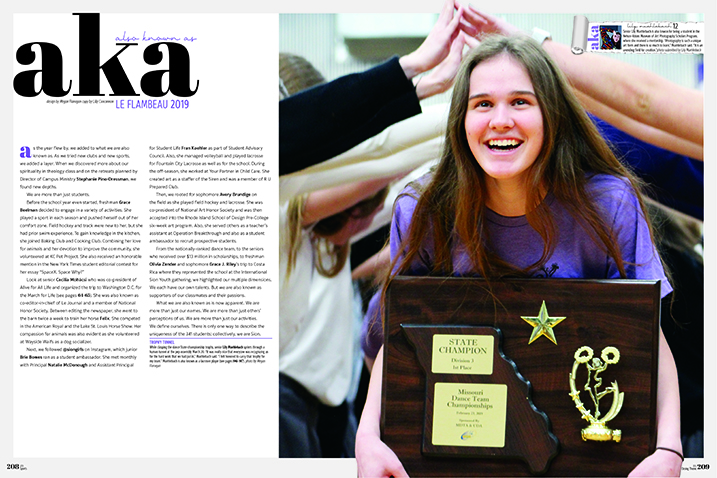 This year looked different. Schools anticipated being in Nashville to find out if they won the coveted NSPA Pacemaker award for their 2019 yearbook at the spring JEA/NSPA convention. Instead, students and advisers hovered over their screens from home watching a livestream video. The experience may not have been the same, the recognition may not feel the same, but let’s get one thing clear right now – the honor that comes from being named one of the best yearbooks in the country has not changed one bit.

Now more than ever, as the convention theme said, it’s time to celebrate these schools’ incredible accomplishments. Congratulations to every school named today! Only a select few in the entire country make it to the Pacemaker Finalist stage – you earned this with late nights, rushed deadlines, after school events and summer workshops. The Pacemaker and Pacemaker Finalist recognition are not an award for the lucky. It’s a badge of honor for the tireless work and commitment to excellence that produced your yearbook.

Sixteen Walsworth schools were named Pacemaker Finalists in November. These schools have waited months to find out where they placed. So, without further ado, we are pleased to recognize our six schools whose yearbook was selected as a Pacemaker winner.

These yearbooks are selected by a panel of judges based on coverage, writing, design and photography, among several other criteria. For a full list of winners, you can visit the NSPA website.