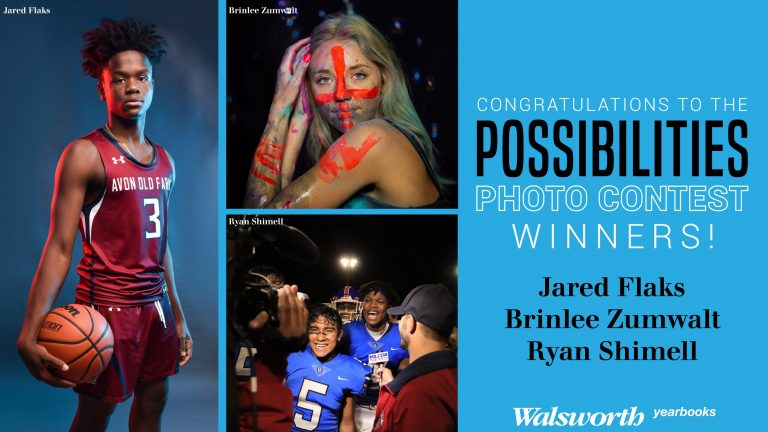 This year, we tried something different – hosting a five-day photo contest during National Yearbook Week to crowdsource great photography, see student life through the staffers’ eyes and ultimately pick a photo to use on the cover of our Possibilities volume 9 book. Having never done so before, we didn’t know what to expect. Would people enter? Would they have enough photos this early in the year? Would we get any good photos? Now that the contest is over, the answer is a definitive YES to all three. Yearbook staffs across the country showed up and represented their schools well with outstanding photography!

We were flooded with nearly 1,500 entries in just five days! We were floored by the quality of all the photos that were submitted. After difficult deliberations by our judges, three images rose to the top.

Our first place award goes to Jared Flaks of Avon Old Farms School in Avon, Connecticut. Flaks’ photo captured the pride Avon Old Farms has in their athletic programs, as well as the student’s personal love of the game. The exceptional lighting effects’ color and a sharp definition made this photo immediately stand out. The photo was taken in their in-school studio, under the direction of Semaj Campbell, the photography instructor. The yearbook program is led by adviser Cristina Pinton. Flaks will receive a $500 Visa® gift card and his photo will be featured on the cover of Possibilities volume 9, which will be coming out in 2022. 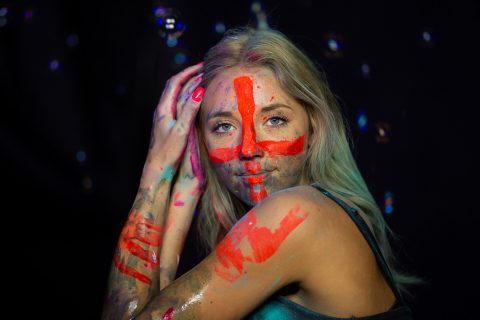 The second place photo winner is Brinlee Zumwalt of Southwest Covenant School in Yukon, Oklahoma. We loved the vivid colors, striking clarity and the contrast shown in this photo. Zumwalt’s photo was taken at an art workshop over the summer, and it showcases both the photographer and subject’s love of different artistic mediums and their colorful personalities. Zumwalt will receive a $250 Visa® gift card. The yearbook program is led by adviser Mitzi Aylor. 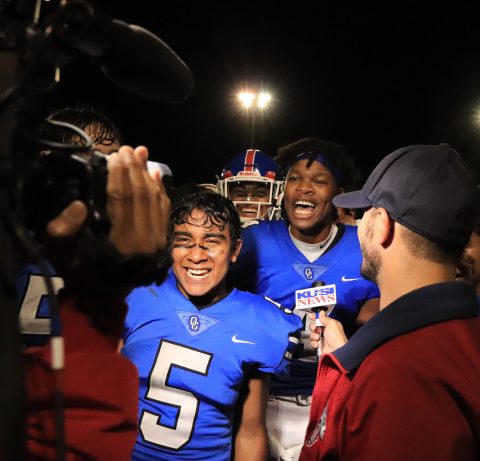 Third place goes to Ryan Shimell of Orange Glen High School in Escondido, California. Shimell captured this photo as running back Jafet Castro (5) and wide receiver Malachi Keels (4) celebrate their 35-14 victory over La Jolla Country Day during an interview with the Prep Pigskin Report. The win was the first time in school history they beat La Jolla, and it was even more exciting in front of a packed Homecoming crowd. Coach Tido Smith said that the win was a result of the team’s hard work and the school community’s support of his players. We loved how the photo was framed, the lighting, contrast and most of all, the energy and emotions captured on the players’ faces. This was clearly a joyous moment during which the players, school and community were all able to come together. Shimell will receive a $100 Visa® gift card prize. The yearbook program is led by adviser Jessica Young.

Thank you to all who entered the contest and shared their talent with us. You’ve truly shown us why 2022 is One for the Books, and we know you will make your schools proud as you document this moment in history.