New advisers can create a network of support April 14, 2017 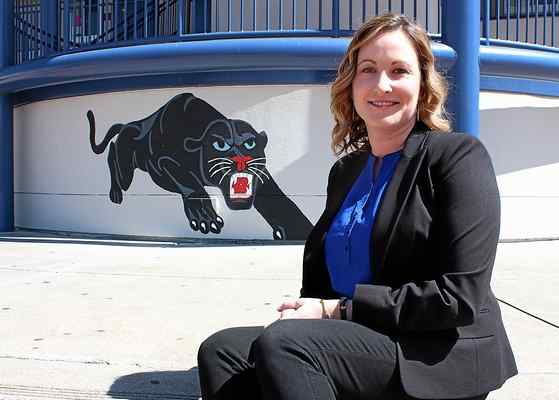 New advisers can create a network of support

This is part two of our series with Brianna Kleinschmidt. For ways administrators can support new advisers, read part one here.

She never expected to work in administration, but with a little persuasion from her former principal, she was able to transfer some of her yearbook adviser skills into an administration role.

“Partially because it’s just a really hard role to fill, to find a strong adviser,” Kleinschmidt said. It’s not easy to find someone with a passion for yearbook, in addition to all the regular duties of a teacher.

“Unfortunately, we’ve had a lot of turnover.”

Kleinschmidt knows the keys to creating a successful yearbook – she’s been on every side of it.

While administrators should support their yearbook advisers, some of the responsibility falls on the yearbook adviser. Newbies often aren’t making the most of their relationship with the principal. Kleinschmidt recommends reaching out more often; she wishes she had.

“You don’t know what you don’t know,” she said. “And sometimes it’s intimidating. You don’t want to be the squeaky wheel. But the more that you reach out, the more support you will get.”

Most advisers have a positive connection with their principal, but it can be tough to establish that first year.

The principal isn’t the only relationship to nurture. If there’s a previous yearbook adviser on campus, Kleinschmidt urges new advisers to “make that person your new best friend. Bring them coffee or donuts or whatever you have to do.”

Her first year on the job, Kleinschmidt had access to the previous adviser, who was able to give support and prepare her for the year.

“Looking back, I probably would have gone and asked her more questions, but at times was kind of afraid, and really wanted to do a good job, and didn’t want anybody to think I wasn’t doing a good job.”

Kleinschmidt has seen other advisers hold back for the same reason, and warns that it won’t help.

Advisers both new and experienced should look for outside support and inspiration. Kleinschmidt is grateful for the opportunity to meet with other advisers during her first year. She’d sometimes go out to dinner with a group of fellow yearbook enthusiasts, which included long-time, award-winning adviser Jim Jordan. She called it a great opportunity.

“Other teachers who aren’t yearbook advisers, all they can really do is look at you and pity you for all the work you’re doing and tell you how crazy you are for doing it,” Kleinschmidt laughed. “But actually getting together with other advisers, you can share excitement, share ideas, share some of the difficulties that you’re going through, get different perspectives and suggestions. I really liked that.”

She also suggests attending Walsworth’s Adviser Academy, which is in Kansas City every July.

“That was such great preparation. There was absolutely no way I would have been successful that first year without Adviser Academy.”