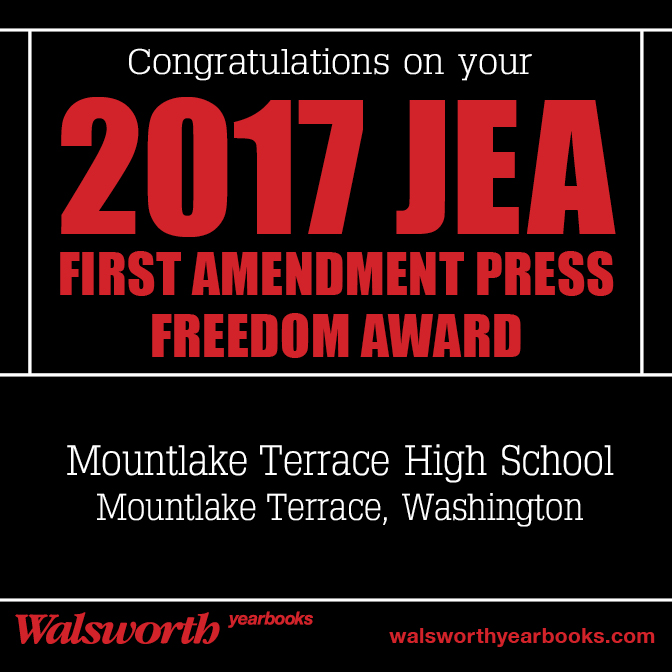 Schools compete for the honor by answering a questionnaire submitted by an adviser and at least one editor. Once semi-finalists are chosen, responses from all of the school’s media advisers and editors are required, indicating their support for the First Amendment.

This is the second straight year Mountlake Terrace has been named a Press Freedom winner.

Winners are selected by a committee of representatives from JEA, the National Scholastic Press Association (NSPA) and the Quill and Scroll International Honor Society.

All 11 schools will be honored in April at the JEA/NSPA Spring National High School Journalism Convention in Seattle.