Your attention please – study these types of story leads October 30, 2018 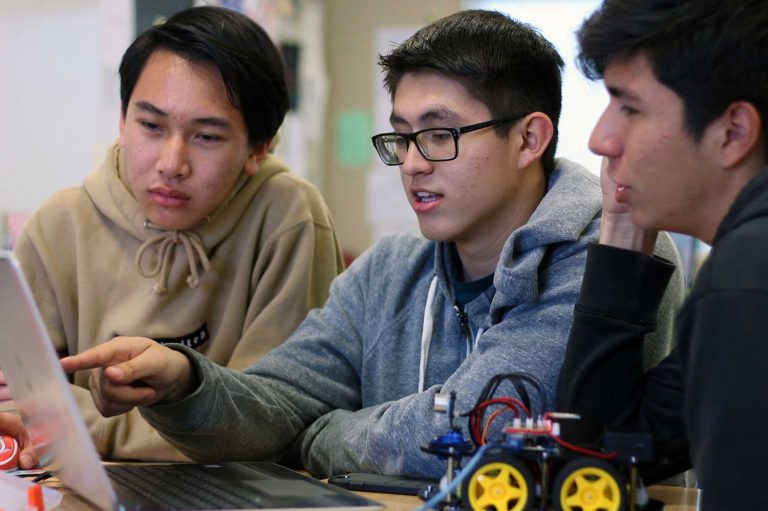 Your attention please – study these types of story leads

If the first couple of sentences don’t make the reader feel helplessly curious and compelled to continue, your body copy won’t be read. Yearbook leads don’t sum up the entire article like newspaper leads. Instead, they give the reader a tempting taste of what lies ahead without necessarily addressing the main point of the story.

They can tease, mislead, startle, amuse – anything that will invoke the reader’s curiosity. Study the following types of leads. Learn to write more creative and effective leads – leads that are real attention-getters.

Consists more frequently of a quotation or reference to a literary, historical or mythological character; use only when reference is natural and appropriate.

Example:
From the Andrew Sisters to the Supremes to The Boss, audiences traveled through time along Harmony Road. (show choir named Harmony Road)

Usually consists of a short, snappy sentence set off in a paragraph by itself with a summary of other facts in the second paragraph; also used when you have one fact that is extremely important or startling.

Example:
3…2…1… Blast-off! Takeoff to and from school began in Hondas, Tretorns and school buses depending on whether students drove, walked or rode the bus. (transportation)

Sets the scene, describing even the tiniest details.

Example:
Girls in long black skirts and boys with loosened bow ties entered the auditorium carrying sheet music and instruments. They took their place as others carried tables across the stage and the director fiddled with his tape recorder. (community youth orchestra)

Describes an event in which the background overshadows the people who participate in it.

A combination of two types of leads; for example, background, atmosphere and suspended interest leads often can be considered descriptive leads, too.

Example:
The aroma of buttery popcorn and chocolate chips wafted down B Hall, drawing students, mesmerized by the scent, to the home economics room. (academics feature on home economics class)

Used to point out extremes; must be sharp and vivid.

Utilizes powerful description and includes graphic details to create an image in the reader’s mind.

Consists of a speaker’s exact words; only used if the quotation is unique and attention-getting.

Example:
“You immediately blush and look around to see if anyone noticed you,” said senior Julie Lange. “Then you do it again and end up concentrating so hard on keeping your eyes open instead of what is going one.” (falling asleep in class)

A short exclamatory sentence set off in a paragraph by itself; usually used for extremely striking information, often big news.

Example:
Dismember them, dismember them! Cut off their arms and legs! Cheerleaders, students and administrators chanted Napoleon death threats at the Homecoming Bonfire. Shouts penetrated the air as four senior football players carried the wooden coffin towards the menacing fire. (homecoming bonfire)

A gimmick lead, usually having a bizarre meaning.

Example:
Eenie, meenie, minee, moe … it came down to an individual decision. (deciding whether to take driving lessons in or out of school)

Example:
The room fell silent as the full effect of his words set in. His parents were speechless, his sister without expression. Had he really asked his parents to go to the party with him? (relationships with friends vs. parents)

Consists most frequently of a play on words of a well-known song, poem, quotation, book or motion picture title; use only when parody is appropriate, easily recognized and not trite.

Example:
Thought for food and none left over. A new menu for the Fall Sports Banquet pleased the athletes. The traditional lasagna was nowhere in sight. (sports banquet)

Never in yes/no form and only used when the question is the heart of the story; it is set off in a paragraph by itself.

Describes the essence of the story.

Example:
“And We Danced,” the Homecoming Dance theme, combined with silver balloons and pop rock capped off the week of activities. (Homecoming Dance)

Consists of several sentences in which the reader’s interest is intensified as he continues to read.

Try to avoid these boring, and rather ineffective, leads.

Name
“Cindy Maxwell couldn’t believe it when she was crowned Homecoming Queen.”

Worthless quote
“The dance was a lot of fun!”

Yes/No question
“Have you ever wondered what it’s like to perform in front of hundreds of people?”

Nothing
“Many new things occurred this year, but they didn’t affect the awesome spirit of the student body. Nothing could have done that.”

“During . . .”
“During the year, the athletic club helped to raise money for sports.”

“This year . . .”
“This year, there were restrictions placed on cheerleading mounts.”

“Goals of . . .”
“The goals of the administration were to get along better with the students and have a smooth year.”