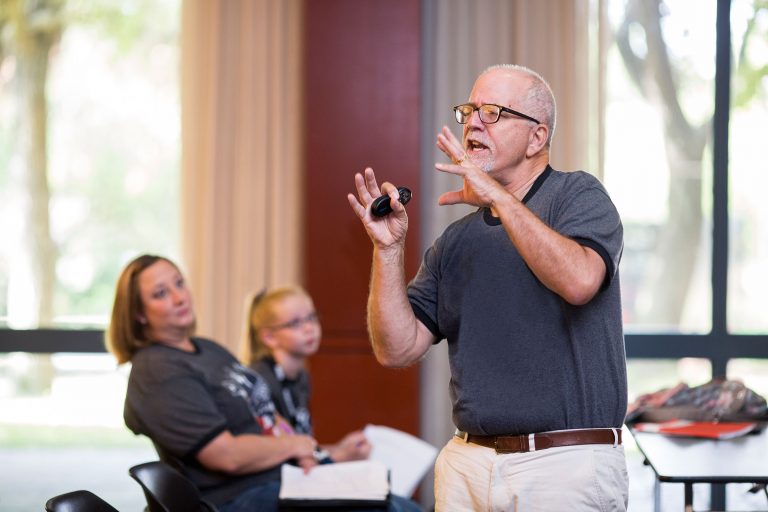 Walsworth Yearbooks announced Thursday that Jim Jordan, a 35-year veteran yearbook adviser and former national Yearbook Adviser of the Year, has joined the company as a Special Consultant.

Jordan recently retired after a distinguished 40-year career as a teacher at Del Campo High School in Fair Oaks, California, where he advised the yearbook for the past 35 years. Under Jordan’s guidance, Del Campo’s Decamhian yearbook and its staffers were annual national award winners. The book earned 19 NSPA Pacemakers and 13 CSPA Gold Crown awards under Jordan.

In 1996, the Journalism Education Association named him the Yearbook Adviser of the Year. Jordan is also a past recipient of the JEA Medal of Merit, NSPA’s Pioneer Award and a CSPA Gold Key. Now, he’s ready for the next chapter.

“I’ve been in the same classroom for 35 years. Without question, I’m going to miss the daily interaction with high school kids. You stay in it for 40 years because you love to take kids on a journey,” said Jordan. “I’m ready for a new challenge.”

Jordan will be bringing his passion for yearbooks and teaching to Walsworth’s Adviser Mentor Program, where he will serve as the program’s lead mentor. He will also be an instructor at Walsworth’s Adviser Academy and Elite Weekend workshops, and will be part of Walsworth’s booth experience at upcoming JEA/NSPA National High School Journalism Conventions.

“I love Walsworth’s focus on advisers. They see and understand the importance of training teachers,” said Jordan. “I love the process of creating a yearbook. That’s what has always been in my heart. Helping new advisers learn to love the process too just rings so true to me.”