Jai Tanner breaks rules and creates amazing yearbooks wherever she is February 21, 2019

Jai Tanner breaks rules and creates amazing yearbooks wherever she is

She spent the first three quarters of her career in Texas and New Mexico. Her yearbook staff at Franklin High School in El Paso, Texas, was no stranger to Crowns and Pacemakers.

Her move from the Southwest to the Pacific Northwest, from an urban high school to a rural high school, required Tanner to adapt. She’s grown to love Yelm High School in Yelm, Washington, but it took some trial and error to create yearbooks that are right for her new community.

“I think one of the things, as an adviser, is understanding what your population wants, what your editor wants and the vision that they have, and figuring out how you can make it work.”

Tanner grew up in Texas, the child of a farmer and a woman she called “the first feminist I knew.” She describes her upbringing as organic, and it still influences her today. 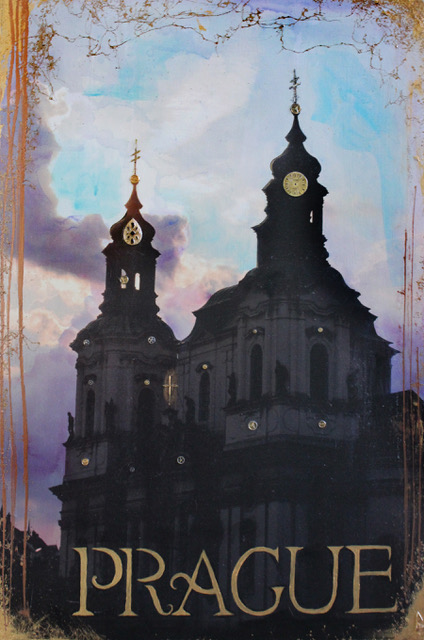 She holds a degree in English, and spends her summers creating art.

After graduation, Tanner spent a year as a technical writer. She then started teaching at a catholic school in El Paso, Texas. She then moved back to public schools, starting at Gadsden High School in Anthony, New Mexico. It was at Gadsden that she started advising yearbook.

“We just grew the program. The kids that I had that first freshman year, they stayed with me all four years.”

She can’t put her finger on what made those staffs so amazing, but chalks it up to serendipity. Tanner and her staffs started pushing the limits of what they could do with yearbook. One yearbook, “Shift,” was influenced by Andy Warhol’s work. Her final book at Franklin,   “Human,” was inspired by Humans of New York and was different from anything they’d created before.

“We broke a lot of rules in that. I loved it because I think that, at the end of the day, verbal and visual triumph. If your audience likes what they read and what they see and you’re good with it, do the rules matter that much?” she shared. “I mean, they do, but rules keep you in a box. They’re useful, we need them, but sometimes it’s just time to blow the lid off that box. And that’s kind of what that book did.”

After the 2015 school year, Tanner moved from El Paso to Yelm, Washington, a rural community south of Tacoma.

Her first yearbook wasn’t well-received by the community. They liked it, but it “just wasn’t Yelm.” Tanner had to learn and adapt – this year’s staff changed their theme into the school year after talking with the community.

“I’ve found that if your ideas are devoid of that human connection, it just doesn’t work,” said Tanner. “So I’ve had to shift that.”

You can listen to this episode of Yearbook Chat with Jim at walsworthyearbooks.com/podcasts or on your preferred podcast listening platform, including Apple Podcasts, Spotify and Stitcher. Please send any comments or questions to podcasts@walsworth.com.