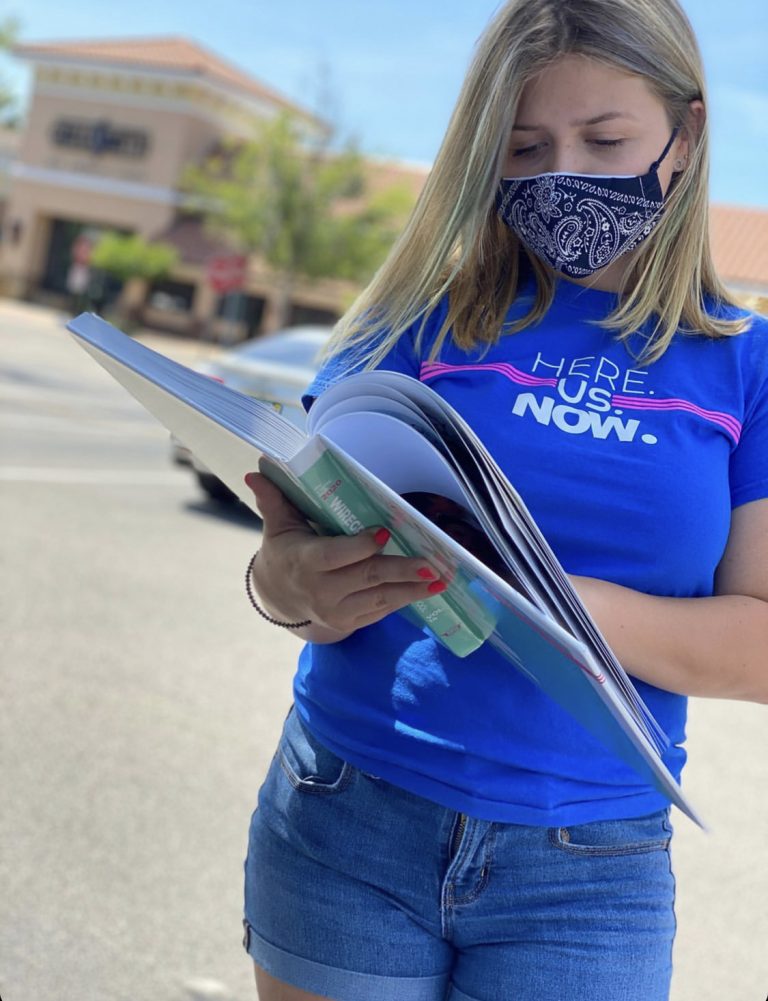 How Covid-19 is Changing Yearbooks

Yearbook staffs took on the challenge of working from home and created some of the most beautiful and innovative yearbooks we’ve seen.

Many became so popular that more were printed to meet the demand. I chatted with four advisers about how they finished their books from home, what they learned from the experience and how those lessons will help them thrive as they step into the 2021 school year.

Michelle Shue at Davie County High School in Mocksville, North Carolina, sensed the severity of the virus before anyone else in her building. After hearing spring sports practices would be suspended the next day (March 13), she and her editor grabbed cameras and went out to shoot sports practices and a club beach volleyball team tournament. She sent out as many staffers to shoot as much as they could. 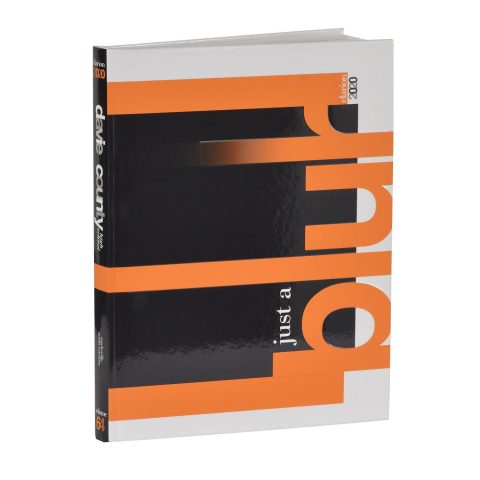 JJ: What were some of the highlights of this process?

MS: The shutdown period helped me see how creative [my staff] can be. They were able to find people that, I thought, “We’re never going to get this person” or “How are we going to be able to fill up this spread because we can’t get to kids anymore?” They were very, very creative with figuring out ways to reach people.

Another highlight was that our book is chronological. We decided instead of doing fall, winter, spring and summer, we actually did month-by-month. We had some spreads that were blank that were the kind of the evergreen topics. We thought once we get the bulk done, we can go back and interview kids about their driving habits or off campus stuff – the kinds of student life issues that fit anywhere. Once we went into this at-home period, some of the topics just became impossible for us to do, so the editors became really creative and we were able to come up with some great ideas to fill those spreads that I think ended up being even better than what we had planned originally.

JJ: What are some lessons you’ve learned through this whole process you’ll carry into 2021?

MS: Things that we’ve spent a lot of coverage on in the past may not be our reality for this year, so I think we’re going to have to be creative and really dig deeper into more feature coverage on students, features on things that happen in the classroom that maybe we’ve only been able to cover with a picture. We will definitely have to cover things more in depth. Yearbooks are all about making sure you have good plans, but this whole process has taught me that sometimes you come up with some really great things that are unplanned. I’m going to have to embrace that a little bit more.

When school ended on March 13, Courtney Hanks at University High School in Orange City, Florida, was just spooked enough she told her kids “I don’t think we are coming back.” They sprang into action and took laptops, camera equipment, all the proofs home – everything they could possibly need to finish the book.

JJ: What were some of the highs and lows of those two months? 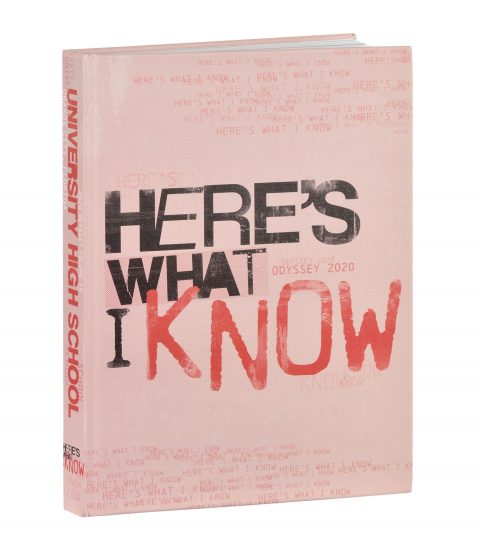 CH: My kids did such an amazing job! I was on those journalism groups and I would hear somebody saying, “We finished three days early. My kids are amazing!” and I’m thinking, “My kids aren’t doing that.” Then I would reflect and think, you know what? … I don’t want them to be killing themselves right now for yearbook. I want them to be healthy. I want them to be mentally sound entering into this work.

Does that mean I want them not to do any more work on yearbook? No, but … I don’t need yearbook to be the first priority in everybody’s lives. I just need them to care. When I reflect on that, I think about my kids – just knowing that they’re okay and safe, everything’s okay – that’s the real win for me. I held that close to my heart. They finished it, and it was amazing. I was so proud of them!

So many traditions I’ve built over the years just didn’t happen this year. I killed myself to have goodie bags when the books came out, and they couldn’t be there to distribute with me. It was just me and an administrator at school. You’re in masks. You’re in gloves. It’s 90 something degrees outside and humidity is, I don’t even know, like a million.

It’s such a low feeling not to get to celebrate with your kids … Our kids are compassionate and caring and they believe in teamwork, and that was very difficult for them – not being there to be part of the process of getting the book into kids’ hands. They didn’t get to see the kids’ faces. It was our ten-year anniversary. We had all this cool stuff planned, and we were going to do this huge distribution party and none of it happened.

JJ: How will what happened inform your teaching as we move forward?

CH: The challenge is what can I do without being next to them? That’s going to be the big question going into this year. How can I be the coach and mentor that I need to be for them to be successful without being next to them? That’s big. I think I’m going to be working more on building my digital resources, figuring out what I can do for the kids that they can complete from home.

The year had already been tough for Scott Collins, adviser at Seattle University Prep in Seattle, Washington, when his father was diagnosed with terminal lung cancer. University Prep closed on March 6, and Scott left for Kansas City to see his dad on March 10. He taught remotely from Kansas City until the end of the 2020 school year. His dad passed away in April.

His administration was super supportive throughout the process and even helped the kids get back into the classroom to get all the stuff they needed to work from home. 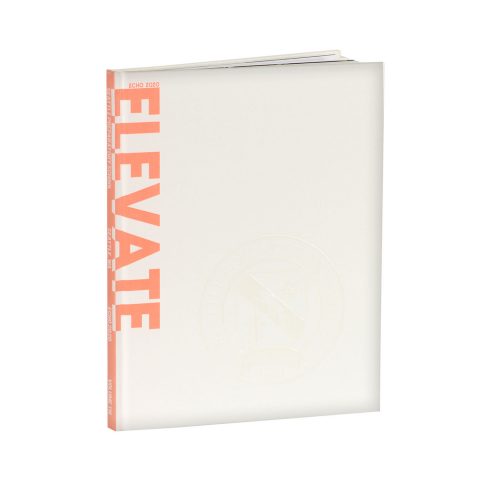 JJ: What were some lessons you’ve learned that you’re going to carry into the future?

SC:  The importance of building classroom culture. Even though the time on Zoom was organized work time, the relationships we built throughout the year were there. The humor was there. I always try to get everybody involved. Every time they signed on, I acknowledged them individually and asked some sort of weird, random, silly question for the day to keep that rapport up.

Another lesson I learned is the power of the Zoom platform. The ability to share screens, give feedback right away and even annotate a student’s screen from afar was great. Not just in terms of design and photography feedback, but even technical troubleshooting. You could see what they were going through. That was immensely helpful.

[When] people were working together, being able to send them into a breakout room where they could discuss and collaborate was very helpful. They could share screens with each other, and then [the editors and I] could still be in the main room where we could answer random questions that popped up. If you have a student who had an in-depth, troubleshooting issue that you needed to work on, you could go to a breakout room with that student, and take care of that while the others would stay in the main room to answer questions and put out the fires that popped up. You weren’t distracting everybody by having a really long conversation that they had to listen to.

The Stampede staff at J.W. Mitchell High School in Trinity, Florida, completed their final deadline at school at 10:30 p.m. on March 13. They hugged goodbye and said, “See you after spring break.” The next day, the district said they were not coming back. Because they get proofs, 60 to 70 spreads still needed a lot of work. They sold out of yearbooks quickly and placed a second run of yearbooks (at an added cost to parents) to accommodate students who still wanted to purchase. It set a school sales record.

JJ: What are some big lessons you’ve learned that you’ll take into the fall? 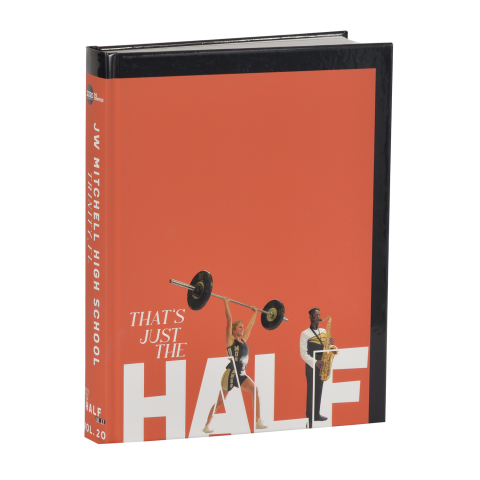 SM: We have eight DSLR cameras that are not going to circulate the way they usually do. If we’re not in the classroom, we don’t have the drawer and the checkout system, and they’re not with me every day to get a camera and go do coverage. So, I really want to stress something I always tell them which is, “Think like a journalist.”

If you are somewhere with other students, you’ve got a really good camera in your pocket. Get your phone out and take pictures vertically and horizontally as things around you are happening. If you are always thinking that way, then we are going to have more coverage than we need. The problem will be if you don’t think about covering the protests until after you’re home from the protest or the only pictures you have are of your friends smiling holding their signs. What you need to do is think like a journalist and get those photos.

JJ: What was one positive that happened because of this book you created?

SM: The senior class and so many students missed out on their normal traditions, [so parents wanted to make sure they didn’t miss out on the yearbook].

I got 25-30 emails from parents saying, “The yearbook is the only thing left of my child’s normal school year and I’m beating myself up because I didn’t order early. What can I do now to get a yearbook?”

I always order 100 extras. We sold out of those in two and a half days … The demand was still so great that I reached out to [my rep] and … she told me we could do a second run. I put out a waiting list to parents and said, “It’s going to cost more, but this is what it’ll cost,” and I sold 75 more books … I got a bunch of thank you emails that were wonderful.

I do think the importance of yearbooks was highlighted this year … As journalism teachers who want to stress the importance of telling stories, we’ve got to tell the story of this year because nobody else is going to write the history book of your high school during this pandemic better than your own students.