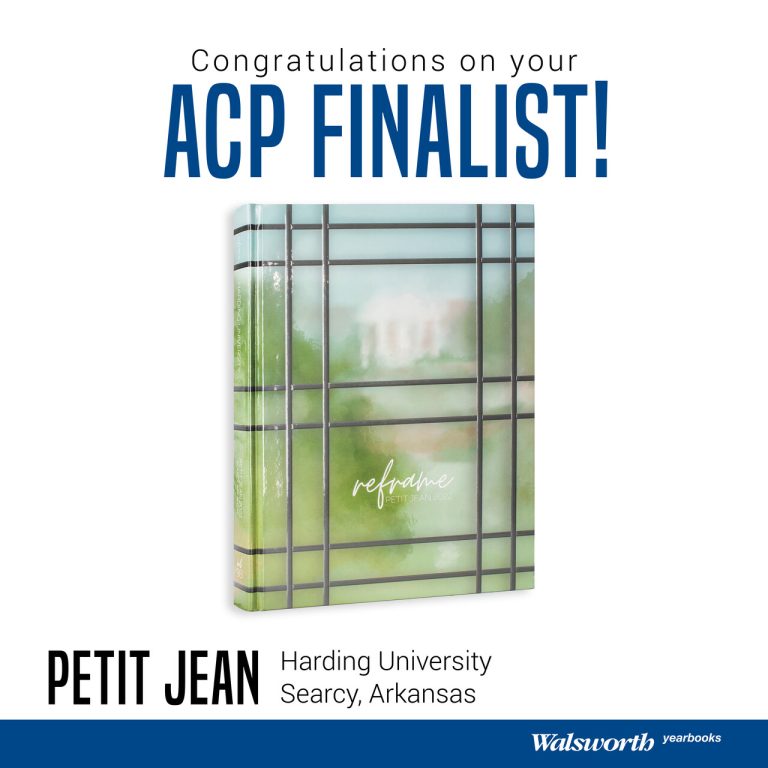 The 2022 Petit Jean yearbook of Harding University in Searcy, Arkansas, was announced as Pacemaker Finalist by the Associated Collegiate Press (ACP) on Tuesday. Nine other schools also received the prestigious recognition.

The yearbook is advised by April Fatula and Hannah Kellum was the 2022 editor in chief.

The Pacemaker winners will be announced at an awards ceremony during the at ACP Spring National College Media Conference,  March 9-11, 2023, in San Francisco.

“The Pacemaker is the association’s preeminent award,” Laura Widmer, executive director, said in an announcement on their website. “ACP is honored to recognize the best of the best with Pacemaker honors.”