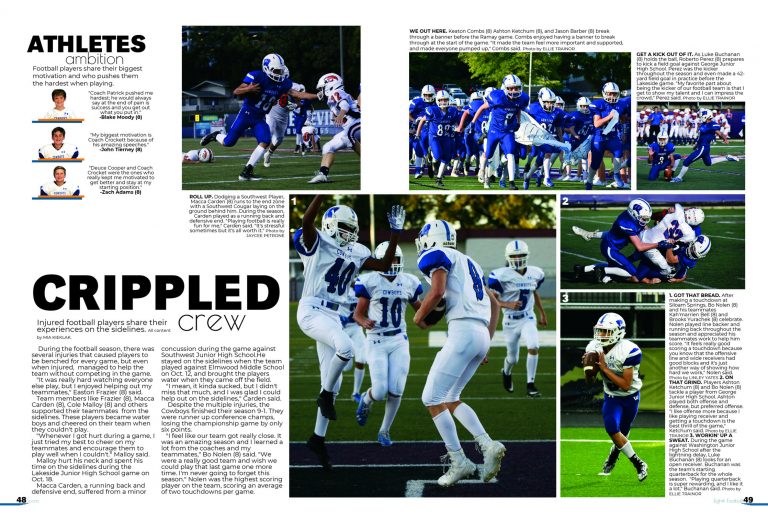 Yearbook staffers from five Walsworth Yearbooks middle schools were among those students announced as Finalists on Tuesday when the National Scholastic Press Association (NSPA) revealed the Finalists in its 2019 middle school contests.

In the middle school Photo of the Year contest, five of the 10 finalists were from Walsworth schools. They included: Kylie Mollner and Brighton Smith from The Round-Up at Woodland Junior High School in Fayetteville, Arkansas; Alize Cardot from Stingray Tales at New Smyrna Beach Middle School in Edgewater, Florida; Fiona Gildersleeve from Eagle Rock Middle School in Idaho Falls, Idaho; and Arjun Gupta from Creekside Middle School in Carmel, Indiana.

Cactus Canyon Junior High School in Apache Junction, Arizona, a new Walsworth Yearbooks school for 2020, also saw some of its staffers named Finalists. Dia Granillo, Amber Henderson and Emily Sosa were honored in Story of the Year; and Sosa was also named Finalist in Design of the Year.

All of the middle school Photo of the Year, Design of the Year and Story of the Year Finalists can be seen at the NSPA website.

Winners in each category will be announced at the JEA/NSPA Fall National High School Journalism Convention, Nov. 21-24, in Washington, D.C.