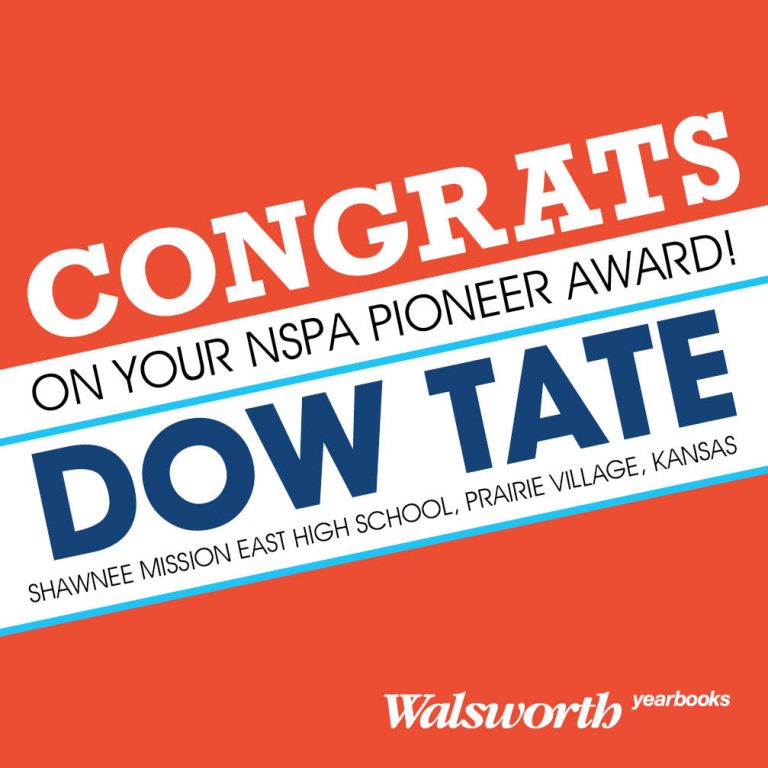 Each year, NSPA awards the Pioneers to people who have made a significant contribution to scholastic journalism beyond their regular job requirements.

This is not the first national honor for Tate. In 2011, he was named a Kansas Teacher of the Year finalist. He has been inducted into the Scholastic Journalism Hall of Fame at the University of Oklahoma and was named a Texas Legend, as one of the most influential people in the state’s 75-year scholastic journalism history. He is also a past winner of the Dow Jones News Fund’s National High School Journalism Teacher of the Year award.

Tate taught 14 years at Hillcrest High School in Dallas, Texas, before moving to Kansas. His students’ publications – the newspaper, yearbook and news website — have earned the nation’s highest honors, including the NSPA’s Pacemaker and the Columbia Scholastic Press Association’s Gold Crown.

This year’s Pioneer winners include:

The 2018 Pioneer winners will be recognized at the JEA/NSPA Fall National High School Journalism Convention in November in Chicago.