Behind the Byline with Jessica Rapp April 11, 2019 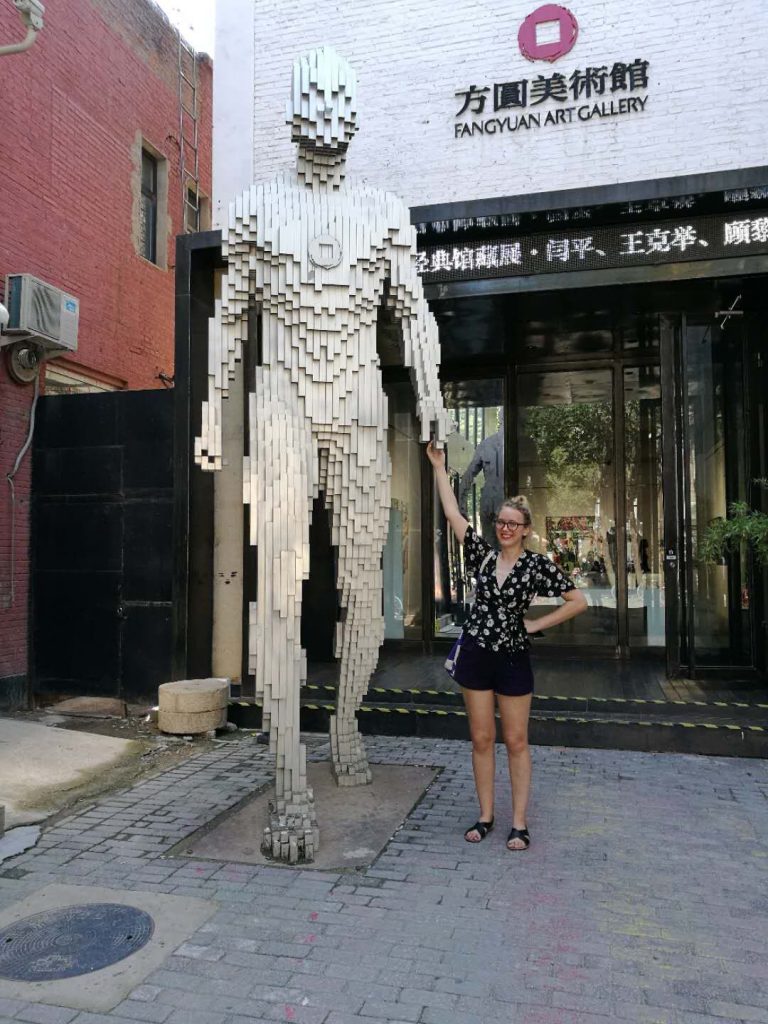 Behind the Byline with Jessica Rapp

Journalism is a challenging profession, especially when you choose to work in a country other than where you were raised. That’s part of what makes Jessica Rapp so impressive. The writer (and sometimes photographer) moved to Beijing, China, right after graduating from college at Truman State University in Kirksville, Missouri. She fell in love with the energy of Beijing and, despite initially only planning to stay for one year, spent the next seven years living and working in the world’s second-largest city.

You can hear her Behind the Byline interview at walsworthyearbooks.com/podcasts or on your preferred listening platform, including Apple Podcasts, Spotify and Stitcher. You can find Rapp on Instagram, @jrapppp.

Rapp grew up in St. Louis, Missouri. She’s always loved to write, and a good English teacher her freshmen year of high school helped her hone the skill. Rapp spent two years on the staff of her high school newspaper, where she did “a little bit of everything,” including reporting, layout and design, and selling ads. 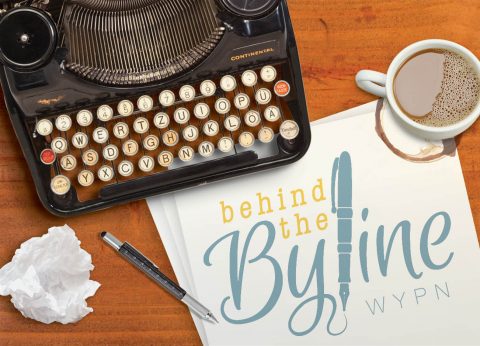 “Doing the journalism class, you actually felt like, ‘Okay. This has an end point.’ You’re doing a project, you’re putting together a paper,” she explained. “I felt that this was something I could really apply what was before just a hobby.”

She spent the summer before entering college at an internship with a local St. Louis paper called Suburban Journals.

“That was really what cemented this sort-of real-world experience,” she shared. “It started out as fact checking, and then I got to actually go out and do reporting.”

She balanced the internship with a job and spent the summer writing feature pieces and quirky stories, like one about a couple who collects matchbooks. The skills and networking she gained was invaluable, and she strongly suggests students do an internship if they can.

“It’s never too early to do an internship.”

Even though she was close to Mizzou and its legendary journalism program, Rapp chose Truman State University for her college education, based in part on the strength of its newspaper.

“The newspaper served the city of Kirksville. It served the community more so than other newspapers that I was researching.”

She wanted a hands-on experience, which The Index was able to provide. Rapp got her degree in linguistics, but was heavily involved in the student-run newspaper. She started as the features editor her freshman year, then served as news editor her sophomore year and managing editor her junior year.

Rapp took Chinese language classes in school and knew she wanted to visit China. Studying abroad was expensive, so she found a workaround.

During a journalism conference, Rapp attended a talk on international journalism. While talking to the speaker, he put her in contact with his wife, who was able to set Rapp up with a summer internship at a Beijing finance magazine. Rapp stayed with a host family and tutored their child in English the summer after her sophomore year in China. She found another internship after her junior year of college, staying with the same host family and interning at a Beijing ex-pat magazine.

Rapp wanted the experience of living on her own and working in Beijing, so she decided to try it for one year after graduating from college. One year became seven years.

“There was just something magical about Beijing,” she said. “It’s hard to put into words.”

Her experience as a student journalist helped her with the transition.

“I think that having a journalism background, having that experience where every day you’re talking to people and asking questions to tell stories, to tell their stories, made me more relaxed and more open and more curious when I was in China,” she explained. Those traits are useful when living abroad. 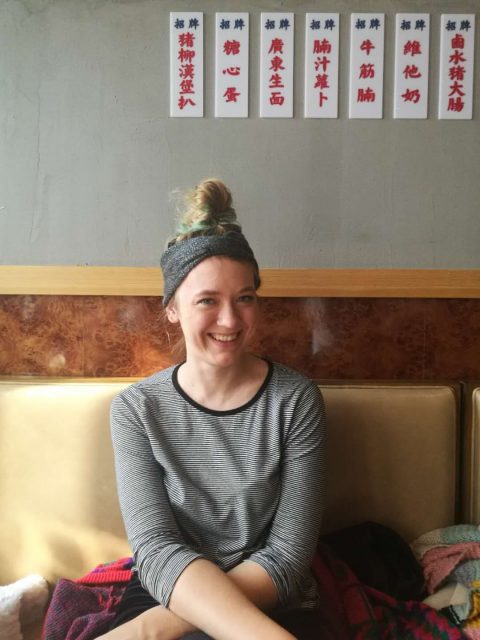 Jessica Rapp, a guest on the most recent Behind the Byline podcast, spent time as a lifestyle reporter in China.

During her time in Beijing, Rapp established herself as a writer, covering features, lifestyle topics and luxury consumer trends in China.

She moved to Beijing planning to teach English as a source of income and do internships or freelance gigs on the side. She applied to be a freelancer for a Chinese culture magazine and was asked to come on full-time, which eventually led her to work at The Beijinger.

Rapp’s first major experience with government censorship came during her first summer internship. The intern team had been working to get more Facebook followers on their financial magazine’s page. They finally got to 1,000 followers and were getting ready to go celebrate, but Facebook was blocked in China on that very day.

By the time she left the country in 2018, much more than just Facebook was blocked. Rapp described the internet as “completely different” there.

“Once you’re in that, you really, really appreciate free speech and freedom of the press. You just appreciate it a lot more,” Rapp said. However, she does believe many Americans have the wrong idea about censorship in China. It’s a much more nuanced issue than many realize.

When she was first planning to go to China, Rapp’s peers at the college newspaper warned her against it, saying she’d be blacklisted as a journalist. Rapp has not been blacklisted, as her many bylines on well-known U.S. sites attest.

There were certain issues Rapp and her fellow journalists knew they couldn’t cover, including some political events, but they self-censored. Rapp’s writing tended to focus on fashion and features, which didn’t require much self-regulation, but as her beat expanded to the luxury she had more practice.

China can’t be ignored because of the government censorship policies. It’s too important not to cover. Rapp suggested aspiring journalists install a VPN on their computer and learn to work around the censorship.

“I think it was good for me to see what that was like from the other side. It gave me a more nuanced understanding of the media in general and how it works on a bigger scale,” Rapp said. “It’s also really important to know where your information is coming from and how governments are forming the end message or influencing the end message.”

“I don’t think it’s as clear-cut as it used to be. I think we learned in school, ‘Ok, here’s how to be an objective reporter.’ And I think that out in the real world there’s a lot more nuance when it comes to doing that,” Rapp reflected.

Rapp took a challenging, but rewarding, path to get to where she is today. For students preparing to enter the workforce, she emphasized the importance of saving clips. In a broad sense, clips can mean any way you show your skills – clippings from a magazine article, photography samples, video or audio that demonstrates your skills, or even social media accounts that show your ability to attract and retain an audience. And it all needs to be available digitally to share with potential employers.

Cross-cultural skills also helped her succeed. Although she only describes her Chinese as “ok,” Rapp said it was important to be able to communicate with the people where she lived and understand the culture. Even though she wrote mostly in English, she relied on her Chinese language skills for interviews, communicating in the newsroom and networking.

“You can always be better at speaking a language. I didn’t let that hold me back,” she laughed.

Be sure to give Rapp’s Behind the Byline interview with Jenica Hallman and Sarah Scott a listen. The interview dives even deeper. Jessica shared her insights into preparing skills for a rapidly changing journalism landscape, how living in Beijing influenced her views on social media, how she got into fashion journalism, how communication preferences differ in the U.S. and China, and why she loves her current gig as a freelancer (including bylines on CNN Style and Apartment Therapy).

Listen to the episode, “Jessica Rapp Did Not Get Blacklisted for Moving to China,” at walsworthyearbooks.com/podcasts or on your preferred listening platform, including Apple Podcasts, Spotify and Stitcher.

You can find also find Rapp on Instagram, @jrapppp, but be warned: you’ll probably experience a little Insta-envy.