Behind the Byline with Anna Elizabeth James January 17, 2019 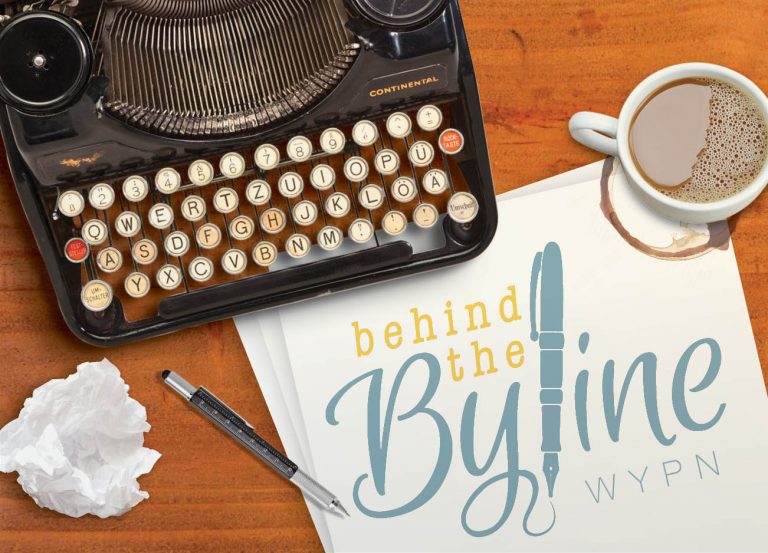 Behind the Byline with Anna Elizabeth James

Scholastic journalism can lead people in many directions. For Anna Elizabeth James, it led her to making films. In a highly competitive, male-dominated industry, James sill leans on the lessons and work ethic she learned from her time as a yearbook editor.

When she began writing, James knew she had at least a little bit of talent, and she knew she could hone it into something bigger. Part of the reason she knew she had that potential was because her high school honors English teacher at Del Campo High School in California, Jim Jordan (she still refers to him as Mr. Jordan), pulled her aside and encouraged her to apply for his yearbook staff.

Even though she was nervous – she’d heard how difficult the yearbook class could be – she decided to “lean into the hard,” and go for it.  Her time as a yearbook editor served James well. She started honing her ability to get to the point and pair writing with visuals – skills that have served her well as a screenwriter and film director.

Back to Film School

After spending some time as a stay-at-home mom, James decided she wanted to write a novel. Her mentor quickly realized she was meant to be a screenwriter, and James went with it. She was accepted into film school at USC, and went back to college in her late 20s. She directed some short films and movie series and started winning competitions – even filming a series entirely on an iPhone 4.

She was slightly older than her classmates, but that ended up being a benefit.

“I knew what I wanted and I had a much more clear focus,” said James. “So I could just dive in.”

Despite a highly competitive environment and dealing with the occasional dash of sexism, James found her footing and made her mark – so much that a college mentor recently pushed her to apply to direct a $10 million film.

“I like to say that good to great is painful. Everyone is just sort of good at something. But to be really great, it’s really painful. You have to put in more hours than the other person, you have to be more dedicated. But then the reward is so much greater.”

“When I went to film school, I thought the greatest thing that I could ever do, if I could do this one thing, is direct a Disney movie. I grew up on those Sunday night Disney movies. The kind of Disney movie I love is like Maleficent, where it’s dark and mysterious and it’s fantastical, but there’s these warm edges. I call it thriller with heart.”

She wanted to write thrillers, then a friend pitched James a tween horse movie.

“I just had to sit and listen to what he was saying, because he saw something that I didn’t see in me,” said James. “And I had to be open.”

Despite some derision from her friends, James decided to take that path to Disney and took the jump. She used Emma’s Chance and Destined to Ride to challenge expectations for the genre. You can find her films on iTunes and Amazon, or in some stores – and be sure to look out for the tribute to Mr. Jordan.

Keep an ear out for the name. James has many big projects in the works across different genres and believes Uma Thurman would be perfect for a thriller film she is creating.

You can learn more about Anna Elizabeth James at annaelizabethjames.com. Her interview for the Behind the Byline podcast is available at walsworthyearbooks.com/podcasts or on your preferred podcast listening platform. We highly recommend giving it a listen – she shares life lessons, mantras that have helped her achieve success and how she turned her OCD into a superpower.