All In: Creating Intentional Diversity in Your Yearbook October 14, 2021 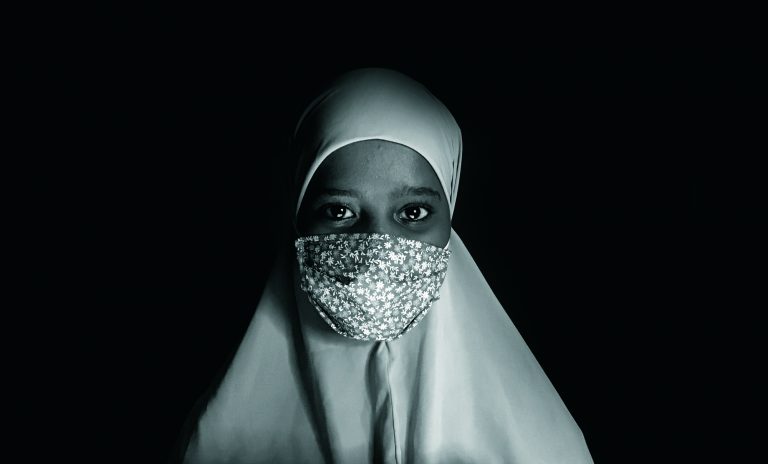 All In: Creating Intentional Diversity in Your Yearbook

I grew up in a small town. I went to a parochial high school. Most of the people I interacted with looked like me. Now I live in a community in the middle of Nebraska. So why am I talking about intentional diversity in publications?

My community in Lexington, Nebraska, has a diverse population. In over half of the households, a language other than English is primarily spoken. Our schools are 70% Hispanic, 15% white, and 6% Black or African American. In the past six years, Lexington Public Schools has seen students from 45 different countries speaking 30 different languages. About 38% of our students are classified as ELL/ESL. Diversity doesn’t have to be based on demographics though.

When a staff intentionally includes diversity in their publication, they diversify who they cover, what they cover and how they cover the everyday and special events that happen in their school. Diversity reflects the communities we live in, the students we work with and the pride and connection they have when telling the individual and unique stories of their peers.

One of the best parts about being an adviser is watching your students and publications evolve. When I first became an adviser, I followed the template. It wasn’t until I attended the Nebraska High School Press Association (NHSPA) summer workshop as an adviser that my eyes were opened to what a yearbook could be. A yearbook is a representation of each school year and its students. We all know no two years are the same, so it’s up to our staff to accurately reference what happened throughout the year, as well as having a unique voice or theme to drive the message of the year.

So how can we intentionally add diversity to our publications? It’s all about coverage. Students are the heart of the book, so it is vital to make sure all students are represented. This can be feature stories, mods, interviews, surveys, their artwork or something they created in a class. It could also be something they can connect to. I’ll share a few ways we diversified our coverage that might work for you too.

Sometimes coverage is right in front of you. I teach at a school that is demographically diverse. The 2018 yearbook staff wanted all students to know they were part of the yearbook, so they included English, Somali and Spanish language in the yearbook since we have large Somali and Spanish-speaking populations. If a student did an interview in Spanish, they included an English translation. Somali was translated to English, and English was translated to either Spanish or Somali. It took extra effort, but the students on staff were proud to show off their skills and the diversity of the school and community.

The Somali translation added an extra layer of work. There were no Somali students on the yearbook staff at the time, even though we had many Somali students in our school, so we reached out to two of them for help. They read and translated at least one element on every spread of the book. Without them, this aspect of the book would not have been possible. The trilingual book was the staff’s “ah-ha” moment. While we do not do a trilingual yearbook every year, the experience set the bar for every staff to follow in terms of how we make the yearbook relevant to our entire student body.

At the NHSPA summer workshop, my friend and fellow yearbook adviser Emily Pyeatt Arnold, CJE, encouraged the staff to tell the story of the year and questioned them about what makes their school unique. With the 2018 “Iconic” yearbook, the staff threw caution to the wind and celebrated the diversity of the school and its students. The staff told stories they never had before: teen pregnancy, DACA, activists outside of school and major individual achievements. By telling new stories, we included new students. The staff went deep to tell the stories of their peers. They were excited to write stories central to their lives, and that depth translated to a more meaningful, inclusive and accurate representation of our school. 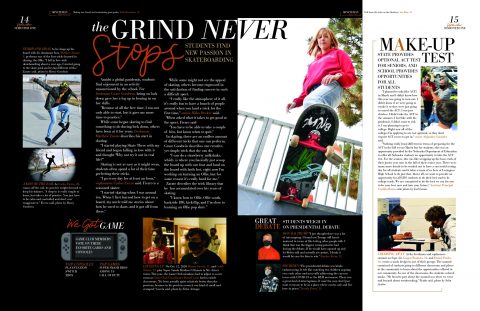 The yearbook covers students’ interests, whether they are academic or not. Skateboarding became a popular trend for students, so including it in the yearbook provided additional opportunities for inclusion of students who might not otherwise be in the yearbook. The umbrella coverage approach used allowed for additional topics to be included on the spread too, like gaming, the presidential debate and ACT makeup tests.

I can remember standing in front of the student body, at an academic pep rally, explaining to them the theme for the year; how there would be different languages in the book. The students’ enthusiasm didn’t seem to match mine, so I took a breath and passed the microphone to a student on staff like we had planned, and he interpreted what I said. The student body went nuts. That was the moment when I felt the students at our school started to understand the yearbook; it was about them and relevant to them.

Another way to diversify your coverage is to think about all of the classes in your school. Some schools have academics such as trades, medical or teaching. Others might have classrooms for English Language Learners, and most schools have Special Education. Note: There are laws against identifying students based on their educational program. Be sure to communicate with the teachers in those classrooms to ensure you are in compliance.

Highlight what students do in their class rather than the class itself. Focus on the field trip they went on or the different methods used to learn. Explain to teachers before you go in how you would love to highlight what happens in their classroom. They can give you dates when unique learning experiences will occur. They might also take photos for you if you don’t have a photographer available.

Students are more than what they do or achieve in the classroom though. Be sure to cover what students are interested in or doing outside of school. Skateboarding, volunteering, working, any non-school activities could be covered to encompass “student life.” Whether it is a feature story or mod, it’s important to get a variety of students and opinions.

Some events happen every year, but the way we cover them can be different. Instead of talking about every event that happened during homecoming, try focusing on the kids who decorate the school before homecoming week. Rather than describing the musical and what it was about, do behind the scenes coverage with the stage or light crew or even the make-up team. When an event doesn’t change, change the perspective of the event. There’s been a shift from event-focused coverage to people-focused coverage recently, and the change is here to stay.

You need to be mindful of your staff  more specifically, what kind of students your staff is comprised of. You could have prerequisites, such as intro to journalism or photography, but don’t paint yourself into a corner. Providing alternative prerequisites, such as honors English, could benefit the staff in the long run. When choosing or recruiting your staff, have students who are involved in different activities or maybe someone who isn’t involved at all. When you have a need on your staff, go out and find someone to fill the role. If you don’t know a student for the job, talk to people. 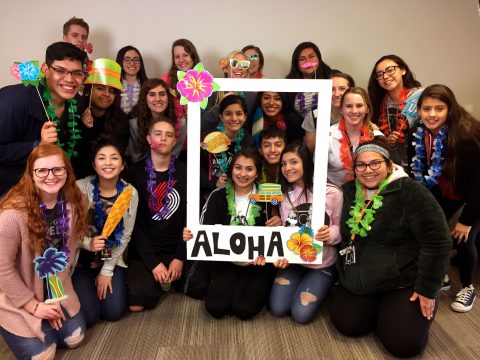 The yearbook staff bonds during a Hawaiian themed night. Non-work activities allowed the diverse staff to get to know each other better and form strong working relationships. Bonding activities could be as simple as a game and snacks or more elaborate themed activities and excursions. Photo courtesy of Erica Brockmoller

Teachers, paras, counselors, secretaries and administrators are a wealth of information. It’s kind of like a sports team. If a football coach needs someone fast on their team, they are going to be talking to other coaches, PE teachers, etc. If a student has a skill you need, they can learn the yearbook side of things along the way. Remember, a diverse staff will have different experiences and connections to the school; it will broaden the reach of your staff and only enhance the diversity within your book. Try to achieve racial and gender diversity within your staff and recruit a staff with a wide spectrum of extracurricular interests.

Remember, you are working with kids who may or may not know each other outside the classroom. They have to work together to create a product, so you have to invest in your staff. Take the time to get to know your students. Start with simple name games, have celebrations and include food if you can. Give a shout out to staffers for the things they do outside of class as well as the awesome things they do in your class. Set up a Mentor Monday. Pair a new staffer with a veteran. Do things that involve movement. Reverse musical chairs is one of my favorite activities, because it breaks down the physical barrier of your staff.

Yearbook is not easy; you will be spending a lot of time with each other. You want to be able to depend on one another, so invest in getting to know each other.

Don’t Forget About You

When it comes to adding diversity to the yearbook, you are also included in the equation. Learn from a variety of sources, including other teachers, advisers, conferences (virtual and in person) and good old fashioned trial and error. Don’t be afraid to ask other advisers and your rep questions. If they don’t have the answer, they will know someone who does. Most importantly, encourage your staff to seek out diversity in all aspects of their publication. Once you start to intentionally seek out diversity, your publication will be better for it.

Erica is the yearbook adviser at Lexington High School in Lexington, Nebraska. She has 11 years of experience advising yearbook, and also teaches Foundations of Leadership, Photography I, Photography II, Graphic Design, Broadcasting and Intro to Journalism. In 2019, she was chosen Nebraska High School Press Association Adviser of the Year.