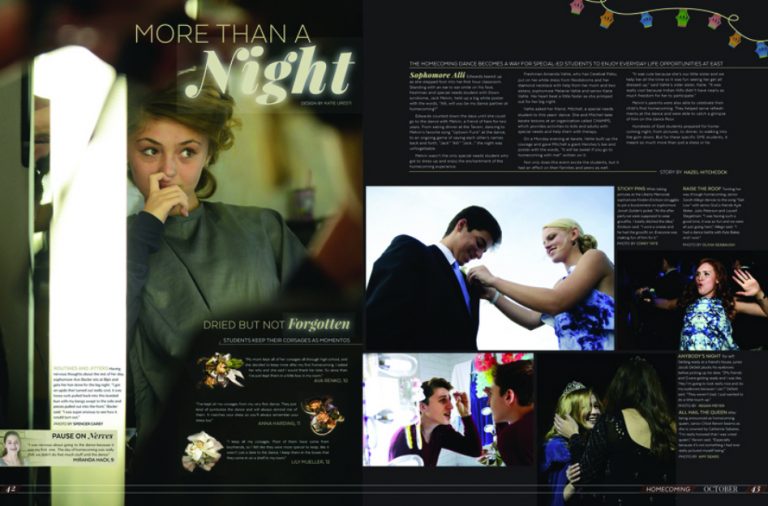 There are steps to writing good headlines

Mimi’s scream was almost primal. “I hate headlines!” rang out louder than OutKast from the back room. And yet, despite such agony, I knew I was winning.

After 14 years at a Texas high school, I spent my first year at Shawnee Mission East High School, Prairie Village, Kan., asking students to polish, refine and redo. I was evil incarnate.

But now, Mimi wasn’t settling. Two days earlier, she had pitched a headline at me, only to have it branded vague and cliché. So she went back to the story and highlighted words. She flipped through the Idioms Dictionary. She cackled at the really raunchy headlines she created for the rest of the staff’s amusement. Still, the three-word teaser tortured her.

Mimi’s plight reflects that of a good headline writer. Agonizing and critical, the headline writing process is not always easy. Mimi’s final work was catchy and appropriate. She lived to fight another headline. While there are always those “Headline Houdinis” on staff who can make word magic in minutes, a committed, diehard writer can still turn out equally clever and creative headlines.

Whether you think good headline writing is more epiphany or polish, I’ll give you what tricks I have.

My yearbook editor, Hili Banjo, and I used to play a game. You have to imagine with such a name she was creative. In addition to hunting for a headline to fit a story, she would imagine a story to fit a clever headline.

“Mr. Tate!” she’d scream. “Pound wise and penny foolish! Wouldn’t that be a great headline if you ever wrote a story about someone who pays too much to lose weight?”

I don’t remember if she ever used any of those headlines, but Hili’s game certainly meant that we were always playing with words, which I think led to more creative work.

Let headline writers start simply. Writers can begin by listing words and phrases connected to a subject. Encourage them to brainstorm with abandon. Don’t criticize or analyze. Ask questions.

For example, the subject: Woodworking class.

Questions: What tools do they use? What do you call some of the supplies? What are some phrases a homebuilder would say?

Build a word base

Using the word list developed during brainstorming, allow the student to start throwing potential headlines out loud. I always tell them the clichés associated with the topic to avoid.

For example:
Soccer: Kicking it
Volleyball: Bump, set, spike; spiking it
Band: And the band played on; making music

You get the idea and probably can continue the list.

From here it is freewheeling word play. Having a dictionary and thesaurus at hand will help. Here are three headline books that help the writer go beyond the staples.

The Firefly Visual Dictionary, Jean Claude Corbeil, et al. (Firefly Books, 2002) $49.95
Headline writers need materials to spark ideas and words. The Visual Dictionary provides a plethora of images and diagrams that list words by groups such as women’s clothing, kitchen utensils and rugby. For those who know what something looks like but cannot remember what it is called, this book is a lifesaver. A quick flip of the book to meats for an agriculture or barbecue story reveals words such as shank, roast and hock that the writer could use to begin the wordplay.

NTC’s English Idioms Dictionary, Richard Spears and Betty Kirkpatrick (NTC Publishing Group, 1993) $15.95
Students will dig under stacks of papers and search under sofa cushions to find this book when they are writing headlines. The Phrase-Finder Index in the back, which offers a writer a number of idioms that include the word they have in mind, is the best part. For example, if students writing a drama club story look up the word “act” in the phrase-finder index, they will find: “act one’s age,” “tough act to follow,” “keep up an act,” and “caught in the act.” And that is just the beginning.

Word Menu, Stephen Glazier
(Random House, 1998) $25
The book does not have the photos of a visual dictionary but categorizes thousands of words. This 800-page reference book offers word groups of everything from verbs of motion to war and military to faith.

Obstacles to writing a good headline

Not reading the story
The idea of creating a headline without reading the story seems moronic, but it is more a part of high school journalism than a staff room radio and pizza dinners. The headline writer can begin brainstorming before the story comes in. Encourage the writer to generate words and phrases associated with the proposed story angle. However, do not let students believe the headline can be finalized until the story is written. A good read of the story with a highlighter in hand can allow a young staff writer to identify more words and phrases to play on. A thorough read also will elicit any subtleties to the story that the headline should bring out.

Accepting a story with no focus
For many years, I’ve watched the Mimis of the world struggle with writing a headline. “Go back to the story,” I’ll bellow. “Figure out what the story is about.”

Days later, the headline writer, who is not always the story’s author, comes to me in desperation. I’ll scan the story in search of some words and phrases to offer inspiration, only to be dumbfounded. The story is without focus or specificity. Vague stories will mean vague headlines. The old test is for writers or editors to ask if the story could fit in any year or any school. If the answer is yes, then a good rewrite is in order.

Settling on the first idea
Why was Hoosiers such a great basketball movie and a classic sports upset story? The tiny school is not supposed to beat the larger school. The norm is that larger schools are more competitive because they have more student athletes to choose from. The same rule typically holds true in headline writing. The more headlines students write, the better the end result, because the choices will be richer. Students should write and continue to write, until they are up against a deadline, and then they can choose the best.

One Response to “A Few Clever Words”

Mr. Tate, could you please tell me how your experience at the Skeeter News shaped your career? Where you been, man? Get on Facebook so we can keep in touch.

C. Dow Tate teaches journalism at Shawnee Mission East High School in Prairie Village, Kansas, and is the director of the Gloria Shields NSPA Media Workshop. In his 31 years teaching, he was inducted into the Scholastic Journalism Hall of Fame at the University of Oklahoma, named the Dow Jones Newspaper Fund’s National High School Journalism Teacher of the Year and chosen as a JEA Distinguished Adviser. His students placed in the National Scholastic Press Association’s National Photo of the Year contest 46 times, and his students’ publications consistently win the NSPA Pacemaker and the CSPA Gold Crown.