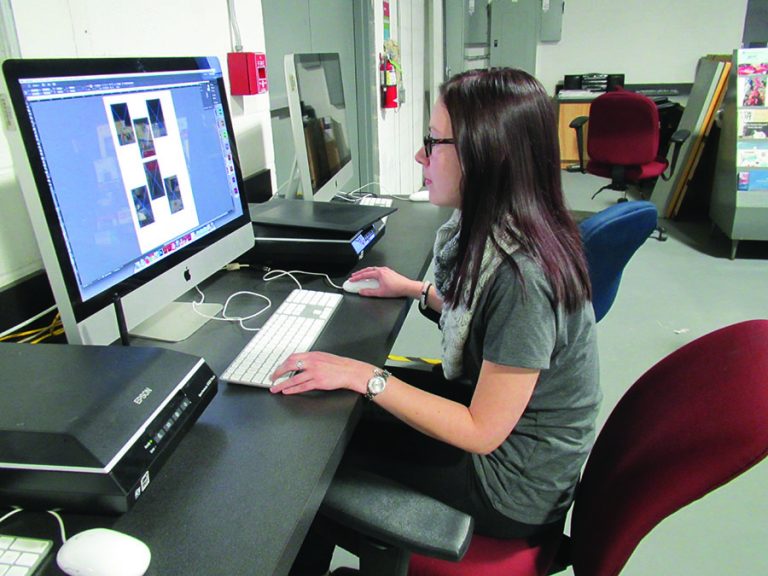 Alanna Coogan started on the yearbook staff as a freshman. She still remembers it well, almost like it happened yesterday.

“It was scary in the beginning. The first year was just scary. There were only two freshmen, me and another girl,” said Coogan, who was a yearbook staffer for four years at Sherwood High School in Sandy Spring, Md. “I had to interview the quarterback of the football team. I was a freshman. He was a senior.”

The good news? That intimidating interview with the quarterback didn’t scare Coogan away from the yearbook staff. Quite the contrary, she said, reflecting on it now during her senior year at Marist College in Poughkeepsie, N.Y.

Coogan’s experience isn’t unique. Each year, high school students gain 21st century skills, knowledge and confidence working on the yearbook staff that helps prepare them for college and their career after.

Joanna Sowell first got interested in working on the yearbook staff when she was in 8th grade. Then, she worked on staff all four years of high school at Arrowhead Christian Academy in Redlands, Calif.

Art was one of Sowell’s primary interests, and working on the yearbook allowed her to learn graphic design as she became the Design Editor for Arrowhead’s Wings yearbook. After high school, Sowell moved on to study graphic design at the University of Southern California (USC) in Los Angeles where she is currently in her senior year.

“During the first few months at USC, it was really a smooth transition because I had a lot of experience working with InDesign, working on publications and working on tight deadlines,” said Sowell.

Sowell has worked at internships while in college that have utilized her yearbook skills and her creativity. One internship was at a branding agency, and Sowell said she benefitted from her experience of helping create a yearbook theme and threading the design through the book’s content.

This past summer, Sowell served an internship as a designer with Malibu Magazine, which meshed perfectly with the collaboration experience of yearbook.

“It was editorial designing in a publication setting. I was working with a team, working with photographers, working with writers,” said Sowell. “My experience on yearbook staff definitely helped prepare me.”

Coogan is majoring in visual media at Marist, with a minor in graphic design. During her first year of college, she often felt as if she was “one of the only people who knew how to use InDesign, Photoshop and the Adobe products.

“I felt like I had an advantage right from the start,” said Coogan.

For Andrew Miller, joining yearbook at Raymore-Peculiar High School in Peculiar, Mo., seemed natural because “school spirit just lived inside” of him. 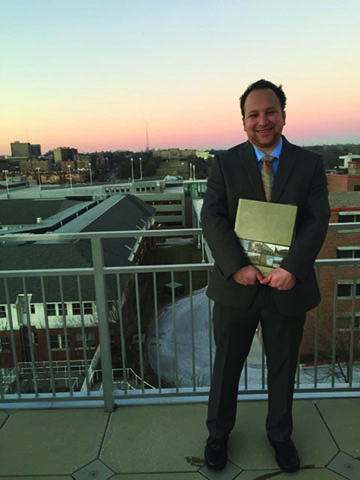 Andrew Miller, a political science graduate from the University of Missouri-Kansas City (UMKC), now works as the president of the Young Democrats of Missouri. But as the editor of the yearbook at Raymore-Peculiar High School in Raymore, Mo., Miller said he learned the value of work ethic.

“At my school, 10,000 people would go to football games on Friday nights. School spirit was a very big deal,” said Miller. “Working on the yearbook was a way to tell that story and share it with others.”

Miller started as a general staffer his sophomore year, before becoming a copy editor and eventually editor-in-chief of the Ray-Pec yearbook as a senior. Along the way, he learned several valuable lessons. Not the least of which, he understands now, was learning how to communicate with different types of people.

Once in college at the University of Missouri-Kansas City (UMKC), Miller got involved in politics. In 2014, he graduated from UMKC with a degree in political science and he’s now the president of the Young Democrats of Missouri.

“I can’t help but draw so many similarities between knocking on doors today for a political campaign, and when I used to knock on a classroom door and ask to speak to a softball player for a yearbook story,” Miller said.

Coogan agreed that interviewing skills, and learning how to communicate, was one of the most valuable lessons working on yearbook staff taught her.

Coogan said the responsibility of being on yearbook staff was a guide she needed to become more responsible with schoolwork. Sherwood yearbook adviser Lori Leonard helped by teaching her to keep a notebook of when assignments were due.

“I don’t even know how I survived in middle school. I never remembered to do anything,” said Coogan. “I used to be such an unorganized person. But when I had to be in charge of other people, I had to get myself together.”

Miller believes working on the yearbook staff taught him the value of a strong work ethic. That has served him well, even now as his college and high school yearbook days are just fond memories.

“Being on the yearbook staff forces you to be a doer,” said Miller. “You learn about deadlines. You learn that you have to finish everything all the way. Those are the lessons that definitely stuck with me.”

Taking the next step

Every day in her communications job with the San Diego Association of Governments (SANDAG), Dariel Walker calls upon the skills she learned working on high school publications.

Walker worked on the newspaper staff for two years at Orange Glen High School in Escondido, Calif. As a teacher’s aide for yearbook adviser Jessica Young, she also helped the yearbook staff in any way she could, often editing pages.

It was perfect preparation for Walker’s studies at San Diego State University. There she earned a degree in journalism, as well as her job at SANDAG. Now she writes a variety of copy for newsletters and marketing campaigns.

“I learned the value of how to work on deadline. It seemed like I always had two hours to finish editing three articles,” said Walker. “Now I work in marketing, and we have deadlines every single day. And if you don’t meet those deadlines, it’s going to affect multiple people.”

Even now after graduating from college and embarking on her career, Walker recalls working on publications as “the highlight of her high school experience.” Writing, design, communication, teamwork – the foundation for all of it was put in place.