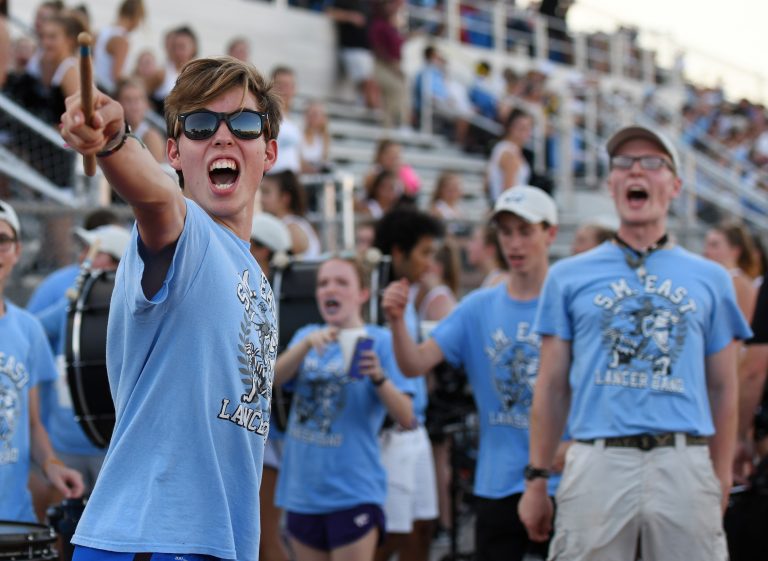 Watching for the legal red flags

For yearbook students and advisers, awareness of legal issues is essential in balancing rights with responsibilities. They need to know media law and how to find out more about media law.

2. As part of your “Students’ Favorites” feature, you run a single cartoon strip of Art Sansom’s “The Born Loser.”
a. Copyright law is violated, because the cartoon, cut from a newspaper, was printed without the creator’s permission.
b. Copyright law is not violated, because of either of two reasons: the cartoon did not carry a copyright notice, and the way the yearbook staff used the cartoon qualifies under the “fair use” doctrine.

3. To make an ad for Campus Café more interesting, you include a candid picture of students gathered around a table there.
a. Misappropriation of a person’s name or likeness is not an issue, because nothing in the caption suggests that any of the students pictured actually endorses the Campus Café.
b. Misappropriation is an issue, because students did not sign a model release form or otherwise give permission for their photo to appear in an ad.

4. In the yearbook’s baseball coverage, you quote the coach: “We would’ve had a perfect conference record if our ace pitcher and our team captain had not been arrested and suspended from the team for underage drinking.” (Actually, the two were charged with possession of alcohol.)
a. You are safe from libel, because you did not use names and it wasn’t you who initiated the incorrect accusation.
b. You are not safe from libel, because the players could be identified by their positions and republication of a libel is still a libel.

5. The principal at Central Catholic High School refuses to allow the yearbook staff to cover a teachers’ strike that lasted 10 days.
a. The principal’s censorship is unconstitutional, because the U.S. Supreme Court has ruled that student expression cannot be suppressed simply because it may be controversial.
b. The principal’s censorship is constitutional, because students in private and parochial schools do not necessarily have the same First Amendment protection as students in public schools.

See the answers at the end of the article.

These questions about censorship, copyright, invasion of privacy, libel and First Amendment protection are typical of legal issues that arise in school yearbook work.

Students and advisers rarely have a keen awareness of media law. While they may never qualify as legal experts, they can be trained to spot red flags. A warning signal is all that is necessary to motivate a yearbook staffer or adviser to check with reliable sources to keep the yearbook legally out of harm’s way.

Some things to remember:

When you spot a red flag, sources you may want to contact for help include the non-profit Student Press Law Center in Arlington, Va.; your yearbook company; your classroom library of books, periodicals and handouts on scholastic journalism law topics; and, likely as a more expensive and perhaps less desirable source, your school attorney (accessed via the principal).

Randy Swikle retired in 2003 after 36 years of teaching journalism and advising nationally award-winning students and publications. During 34 years in the Johnsburg School District 12 in Johnsburg, Ill., Swikle was honored as National Journalism Teacher of the Year by the Dow Jones Newspaper Fund and has received the NSPA’s Pioneer Award and the JEA’s Lifetime Achievement Award. Swikle is a member of the JEA Scholastic Press Rights Commission and speaks across the country on the First Amendment.