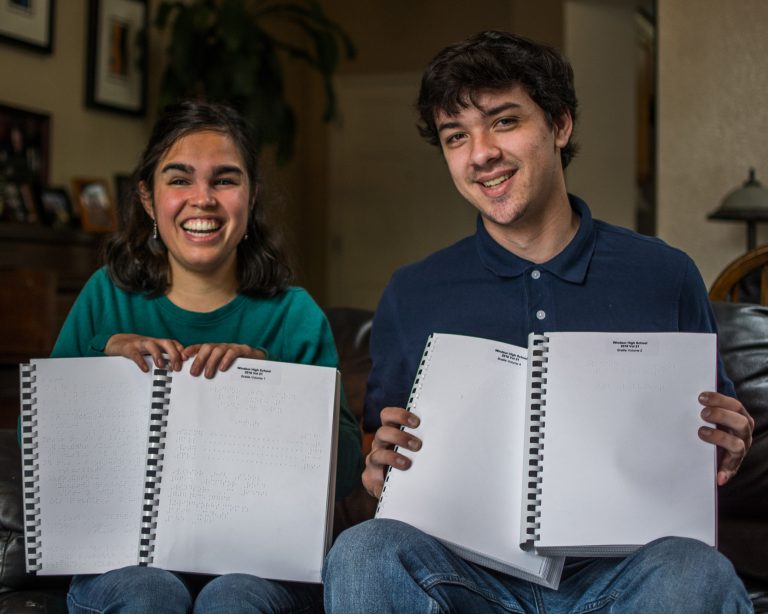 As we get closer to the holidays, here’s another fun story to remind you just how special yearbooks can be.

The 2016 yearbook staff at Walsworth Yearbooks school Windsor High School in Windsor, California, had a braille version of their book printed for blind student Maycie Vorreiter. Vorreiter had always ordered a yearbook, but needed her brother to read it to her.

Printing a copy of the yearbook in braille was the idea of Charlie Sparacio, the editor-in-chief of Windsor’s 2016 book. The staff had won some extra funds at a 2015 summer workshop and they were looking for a way to put them to use.

By her senior year, Vorreiter’s story was well-known on campus and she served as an inspiration to other students. That made the decision to print the braille edition an easy one for the staff.

Sparacio even developed the idea to incorporate braille into all the 2016 Windsor books. The theme, “Finding Our Way,” was printed in braille along the bottom of the cover of every copy.

According to the school’s research and speaking with advocates, it’s believed the Windsor book could be the first yearbook printed in braille.