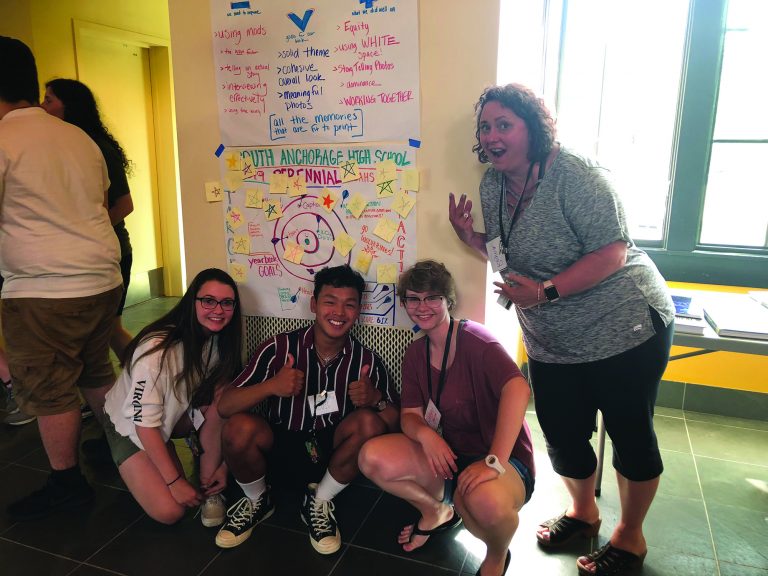 Two years ago on the last day of school here in Anchorage, Alaska, my principal called me to the office to ask if I would be willing to take on the yearbook class. The adviser was moving to Colorado, and the newly hired adviser’s contract was not renewed. After a few seconds of millions of conflicting thoughts racing through my brain, I said, “Sure. I’d love to.”

The next few hours were filled with the exiting adviser showing me cabinets stuffed with cameras and me feverishly taking notes on his recommendations for the editors, who had not been selected.

“By the way,” he added, “I’ve signed some kids up to go to the Walsworth Summer Workshop. I’ll give you Matt’s number.”

While the exiting adviser packed his U-Haul, I moved classrooms and contacted students to introduce myself. I was overwhelmed with unfamiliar technology, mismatched computers, bags of flash drives and boxes of old yearbooks dating back 13 years to the opening of our school. Then I called our Walsworth representative, Matt Holmes.

Without Matt’s help, our school probably would not have had a yearbook my first year as adviser. His first advice was “Go to Adviser Academy.” Walsworth has many valuable support tools for advisers, but none are as indispensable as Adviser Academy each summer in Kansas City. During that first summer, I attended first-year adviser workshops and learned about everything from photography and design to student motivation and grading. I felt empowered and confident that I could lead my students to create an amazing book.  At the workshop, I not only met other advisers from across the country, I also had many formal and informal opportunities to pick the brains of the amazing presenters. By the end of the workshop, I had more resources than I could process or use: shared folders with all of the presentations, hard copies of resources, sample yearbooks shared by other advisers and a notebook filled with ideas gleaned from talking with experienced advisers.

My next stop that summer was the Walsworth Student Workshop at the University of Puget Sound in Tacoma, Washington. During the next four days, my small team of three editors bonded through ice-breaking activities, theme discussions and InDesign training. Adviser Academy had given me enough knowledge that I was comfortable discussing expectations and ideas with my editors. By the end of the workshop, we had met with a Walsworth artist, designed our cover, ordered an art package to complement our theme and had the basic design for our endsheets, dividers, table of contents and a few spreads. I left knowing that the Walsworth Summer Workshop was mandatory for all future editors. 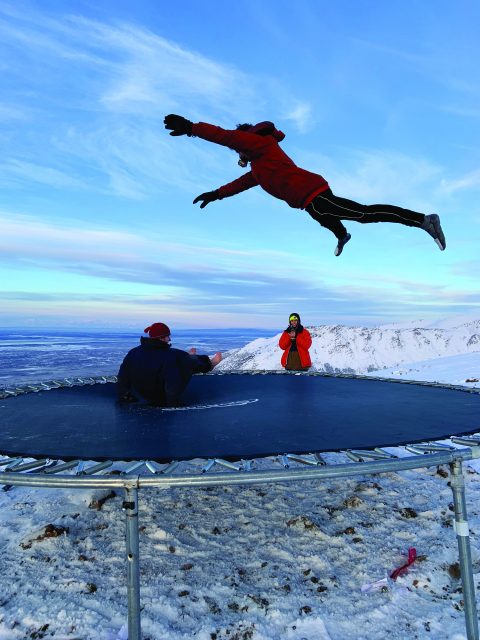 Enjoying the great outdoors looks different for students in Alaska than in any other state. Capturing the lifestyles and activities unique to Alaska was a responsibility the South Anchorage High School yearbook staff took seriously. Photos by Luke Bredar

Advising my first yearbook was a mixed experience of setbacks, determination and celebration. Matt continued to be indispensable for his support and wealth of information. He answered all of my questions with patience. He visited our school throughout the year, helping us through each of the major deadlines, including a hands-on tutorial of flowing portraits and building the index. Additionally, Matt assisted our communication with the technical departments when I discovered that we had somehow misspelled “Graduation” in a title and had accidentally pasted over a senior portrait during the proof stage.

Lessons I learned during that first year include the following:

Surviving the first year of advising is a major milestone. I rewarded myself by returning to Adviser Academy the second year, carrying my first book proudly. I threw myself into the experienced adviser workshops to learn more about InDesign and Photoshop. I compared experiences and encouraged new advisers. I evaluated what techniques worked well and searched for answers on how to improve classroom management. I quickly realized I could easily attend Adviser Academy every year and never run out of questions or inspiring ideas.

The student workshop before my second year was even more successful. This time, I knew the students and had already picked editor positions. I had students placed in InDesign and Photography based on their interests and skill levels. I enjoyed watching them work in the evenings on developing the theme packages and designing pages. I marveled at their talent and growth.

Upon returning to Anchorage, I felt excited and relaxed about beginning our second book. Although I only had a handful of returning students, my editors were experienced and talented. Our ladder and deadlines were organized. But even the best laid plans go awry. 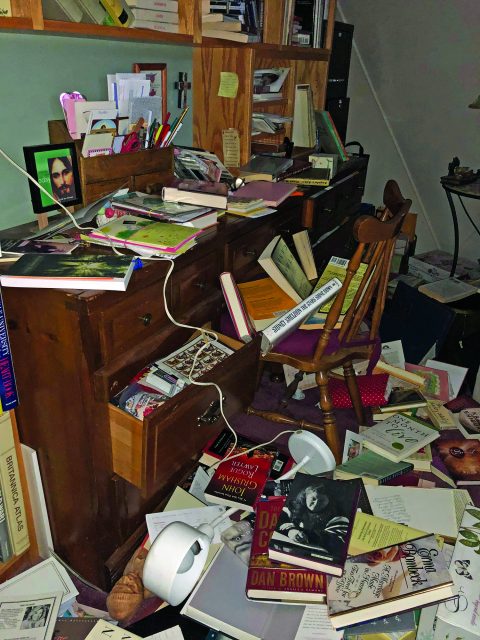 Kelsey Berger spends time helping clean up her grandmother’s library after the 7.0 earthquake that hit Anchorage, Alaska, leaving damage everywhere one looked. Berger found amusement in the situation when she picked up one of her grandmother’s books titled How to Clean Practically Anything. Photo by Kelsey Berger

Just before our first major deadline, Anchorage experienced a 7.0 earthquake. Our classrooms were in shambles, and schools closed for a week. Once we were allowed to return, students and teachers experienced bouts of PTSD with repeated aftershocks, which often topped 5.0. Concentrating on completing tasks was difficult. Businesses around Anchorage were delayed, including photography studios and postal services, causing a domino effect. Requests for extended deadlines on senior portraits and ads, the mainstay of our first deadline, flooded in. Luckily, Matt came to the rescue again, graciously reassuring us that Walsworth would work with us on our deadlines to make sure we were still able to distribute on time. Because one of my proudest accomplishments from my first year as adviser was not missing a single deadline, I was determined to catch up and met all remaining deadlines for the year.

Hearing the compliments after the distribution of the second book has been very fulfilling. Although the earthquake caused some setbacks and interrupted plans to attend the spring JEA convention, our staff worked hard to make up for lost time and finished a book to be proud of.

Lessons I learned during my second year include:

As the year came to a close, I filled out the profile for another CSPA critique and made my list of goals, so happy that I agreed to become the yearbook adviser. Working with students to produce a lasting record of the memories and accomplishments of the year is beyond rewarding, and I can’t imagine my life without it.

Regina Dietrich is the yearbook and newspaper adviser at South Anchorage High School in Anchorage, Alaska. She has been a U.S. Presidential Scholars Program Distinguished Teacher and a B.P. Teacher of Excellence.