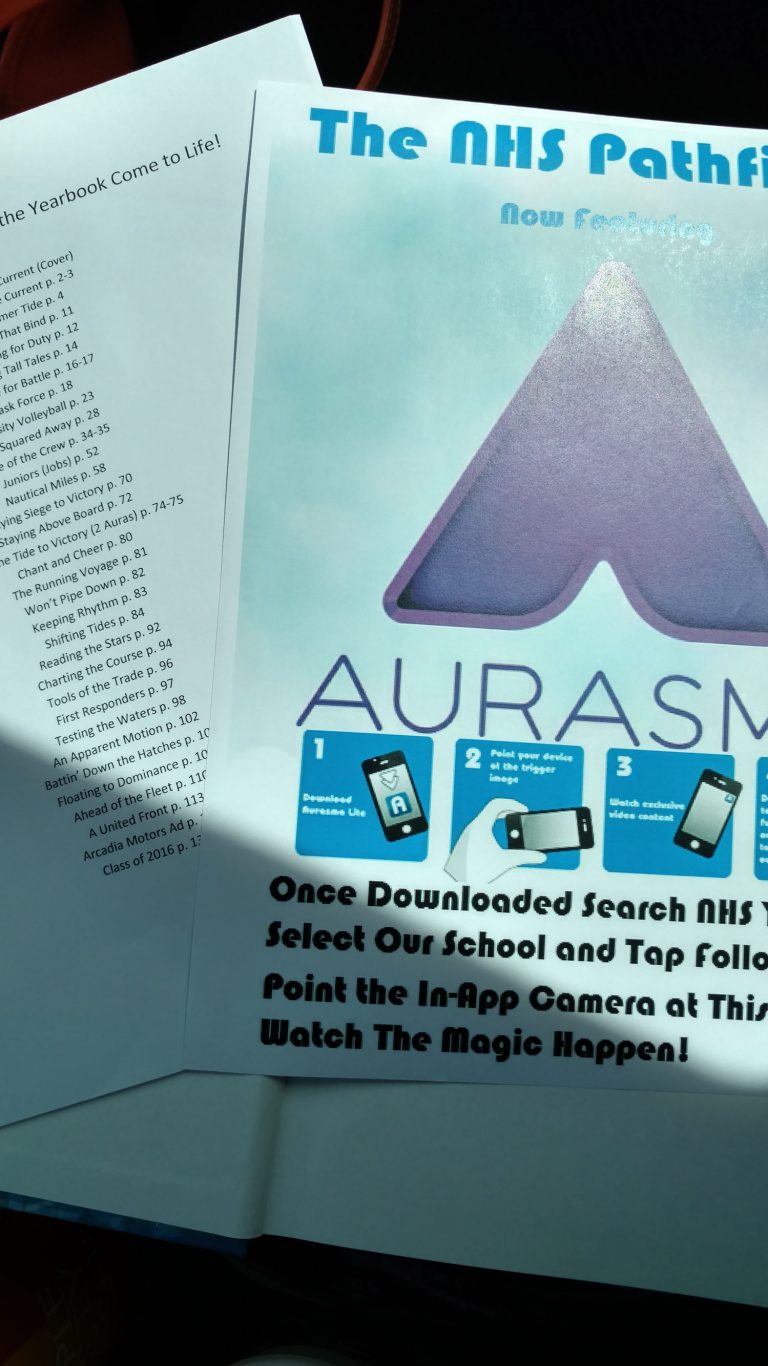 Better late than never for Northumberland staff with augmented reality

Early on, the yearbook staff at Northumberland High School in Heathsville, Virginia, knew they wanted to try using augmented reality with Aurasma in their 2016 book.

The catch was, everyone involved knew 2015-16 would be a hectic year. A young staff was working with new yearbook adviser Mike McCormick for the first time. It was hard to predict exactly how the book would go.

For that reason, the staff chose to leave any indications of their potential Aurasma usage off the pages as the book was produced. No Aurasma logos were included on any spreads, as most schools using Aurasma do.

“They weren’t sure they were going to have time…. We decided it was something they could do afterwards,” said Cozy Livas, Walsworth’s yearbook rep for Northumberland. “The idea was they could either do a scavenger hunt or just print the list (of spreads). They decided to print the list of spreads and coordinate it with the videos they had.”

Fortunately, McCormick is also the media teacher at Northumberland, which helped the yearbook staff in coordinating their videos. They eventually determined they had more than 90 minutes of video footage from the school year, and they created auras in Aurasma impacting 36 pages.

Fliers with instructions on how to use Aurasma, and the full list of scannable pages, were then distributed with the yearbook.

So as the 2016 Northumberland yearbook staff proved, you can still add augmented reality to the book, even if it’s not part of your earliest plans.