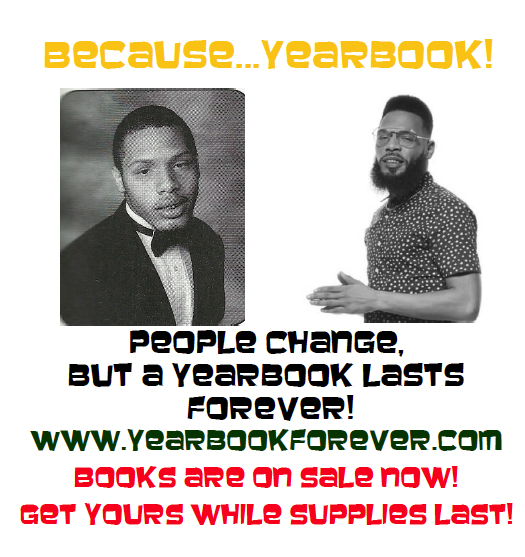 If you’re a fan of the TV show “The Voice,” you probably know singer TSoul, a member of Blake Shelton’s team on the current season.

Before he became famous on the hit show, TSoul was still known as Terry Pinkard when he was a member of the class of 2005 at Northumberland High School in Heathsville, Virginia.

TSoul still has a strong connection to the school, returning home for a surprise concert just last month. So the Northumberland yearbook staff decided to have fun in promoting the book with their famous graduate’s picture.

The staff created fliers with TSoul’s old senior portrait from the 2005 yearbook on it, and a message about how people change “but a yearbook lasts forever.”

Are there any famous alumni from your school that would work on a similar flier?