Stressful but gratifying: Yearbook advisers’ impressions of their first year May 16, 2017 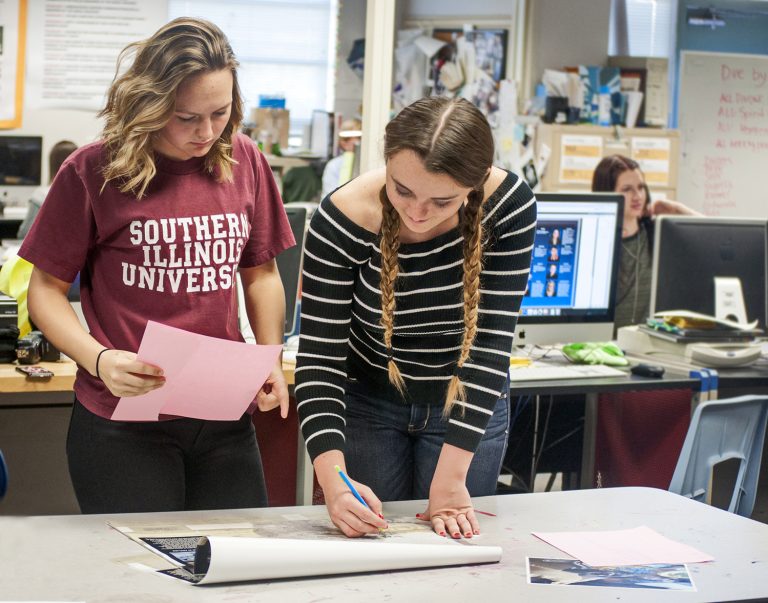 Stressful but gratifying: Yearbook advisers’ impressions of their first year

The first year as a yearbook adviser can be stressful. It can also be wonderful.

Walsworth spoke with four yearbook advisers who’d just completed their first or second year. They discussed the ups and downs of being a new adviser.

Trish Mezzacappa teaches at the William A Morris Intermediate School 61 on Staten Island. She took over yearbook in February 2016, after the previous adviser had to step down unexpectedly. “I walked in not knowing what I was doing at all,” said Mezzacappa.

Brenda Mirsky, with Yeshivat Darche Eres in Brooklyn, New York, expressed her doubts. “I think if someone had told me just how massive [a project] it is, I probably wouldn’t have done it. But having done it, it’s probably one of the most gratifying projects I’ve ever taken on in my teaching career.” Mirsky said she’ll probably be a yearbook adviser again next year.

The biggest shift Mezzacappa made from that first half-year to the end of her first full school year was getting the kids to take over responsibilities. Her first year as an adviser, Mezzacappa did the bulk of the work. This year, the students did the bulk of the work while she did the proofing. “I think I had to go through the process to learn it myself before I could get someone else to do it. There were still mistakes this year, but it’s a trial. Next year I’ll know more from what I did this year.”

Kasey Leslie just finished her first year as yearbook adviser at Monarch High School in Coconut Creek, Florida. She had a background working with literary magazines, which helped her this first year.

However, if she were to go back in time, “I would probably change the order in which we did some things. Clubs were a big problem for us, because we couldn’t get all the pictures we needed. Next year I’ll be making sure that we start that a lot sooner than the middle of the school year.”

James Heaton, with Clara Barton High School in Brooklyn, New York, made a similar warning. “The senior participation kind of trails off, and it’s hard to track down seniors as the year goes on. So, going into next year, I definitely would try to get some stuff done earlier in the year.”

For example, a meeting early in the year was full of seniors. It would have been the perfect opportunity to do a group photo. “But I never saw that many seniors in the same place after that. So I would take advantage of the beginning-of-the-year enthusiasm a little bit more, that I missed out on.”

When asked about her first experience as a yearbook adviser, Mirsky laughed. “It’s a harrowing experience. It’s a huge project.” She was definitely grateful for the incremental deadlines. “I don’t think I could work with a company that just said, ‘Give us a final submission on this date.’”

Heaton had been on the yearbook staff as a student in 1987. Thirty years later, he said it’s much easier than expected, “I think because of the online interface and how it allowed me to just upload images with no problem. The workflow was very smooth, there weren’t a lot of problems – I didn’t have to resize images, I didn’t have to adjust images.”

Mezzacappa said you have to make sure a lesson gets done and that kids really “get” what they’re doing. Make sure they’re doing something they like. “This way, they’ll do a better job at it.”

She realized, as the year went on, that some kids had hidden talents and gifts that weren’t being put to use in the initial assignments.

Leslie is grateful for her mentor, a fellow yearbook adviser in Coral Springs, Florida. That mentor was able to provide support, as well as answering Leslie’s questions like, “How do we get yearbook sales up?”

Not having a mentor was one of Mirsky’s biggest regrets. However, she made it through the year. Thinking about it all, she laughed again. “Sometimes the things that don’t kill us make us stronger.”