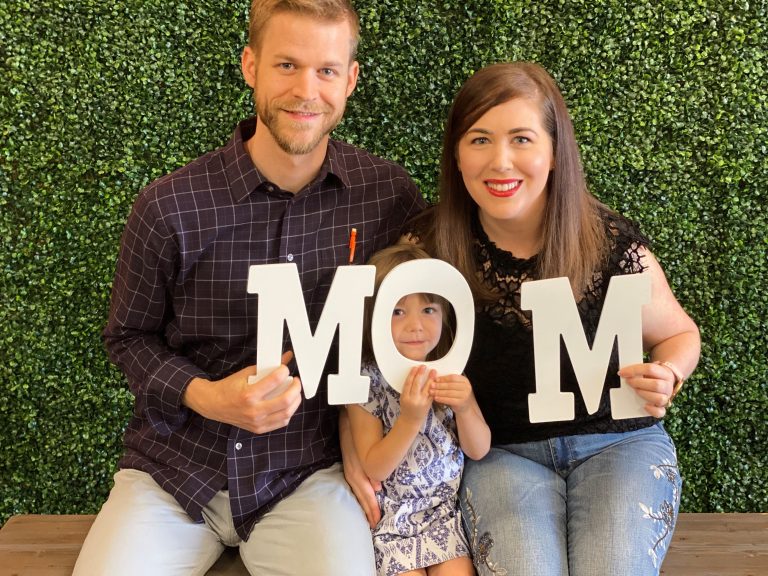 Yearbooks have always been special to marketing wordsmith Jenica Hallman

For the rest of this year, Walsworth will be featuring an Employee Spotlight series on its websites as part of the company’s celebration of its 85th anniversary. Walsworth’s people are our most important resource and the Employee Spotlights will give you a chance to get to know them better.

At Walsworth, I work in the marketing department as a copywriter and proofreader. I work on Idea File magazine, the Possibilities book, supplemental content spreads, blog content and most anything with written content coming from our department in some form or another. I started at Walsworth four years ago as an associate copywriter before being promoted to copywriter.

To describe my day-to-day work, there are no words… just kidding. My job is actually all the words. It’s so fun to get to see all the creative ways that yearbookers are telling their stories inside the pages of their yearbooks. I love being able to witness their amazing creativity at work.

I have spent six years doing scholastic yearbook and nine years in professional yearbook. Four of those years have been at Walsworth.

Yearbooks have always been really special to me. My mom was adopted, and we discovered her biological parents several years ago. Her biological dad had passed away, but I found his high school yearbook on eBay so she could see the first photo of her father she had ever seen. Looking at that yearbook photo was the first time in her life she could see a family resemblance to someone in herself. It was really special. My grandfather’s yearbooks (her adoptive father) are also really special to me. He died of a rare form of dementia about 14 years ago, and toward the end of his life, he couldn’t remember us and his personality was not the man I remembered growing up with. But looking at his yearbooks, I saw the evidence of the man I knew in the kind notes that people wrote to him and the places he was featured. He was voted “most gentlemanly,” he was athletic and he was a friend to everyone. His ambition in his senior quote was to live a good Christian life, and that mission was accomplished. That’s the grandfather I knew. The yearbook preserved his character even when his body could not.

It’s so cool to see the amazing yearbooks students create. I wish I could go back to my high school and college yearbooks to incorporate some of those ideas! I know the future of journalism is in good hands when I see the work being produced by the next generation.

I have a Jane Austen coffee mug at my desk (though I use it for tea) that has all kinds of famous quotes from her literary works. She had such a dry, sarcastic wit that I love! Two hundred years later, it is still relevant and absolute perfection.

I love the people I work with. Knowing that I have a wonderful team I get to be a part of and management who really care about me makes all the difference.

A fun fact about me is I grew up on three different continents and spoke Finnish as my first language when I was little.

My husband and I have a daughter named Juliana who will turn five in February (and she wants a chicken-themed birthday party, so any ideas on that are appreciated) as well as a three-year-old rescue dog named Louisa.

When I’m not at work, I enjoy sleeping, eating Chipotle and french fries, and reading. The order is interchangeable.

It’s wonderful to work for a company that cares about me as a person and not just a number. The recent change to PTO policy is one example that will contribute to my ability to be a part of my daughter’s life because I can take the time off to be home with her on the days that school is out. I also love that all of the office locations of Walsworth have specific local charities that they are involved with that contribute to the well-being of our communities.

I enjoy giving back to my community. Not to brag or anything, but my husband and I singlehandedly produced a future taxpayer. I mean, I can’t even put a number on how much she will eventually contribute in local taxes. Just give her a few more years… My husband and I also have a number of charitable organizations we are involved with.

There are so many fun memories I have at Walsworth, but we recently had an intern in our office who was trying to educate me on current slang lingo. One of the phrases, which she said was “older, but timeless,” was only like five years old. When a coworker and I told her how that wasn’t THAT old, she just looked at us with a totally straight face and said, “That’s like a quarter of my life…” We both busted out laughing so hard, and it will always be one of my favorite memories.

These Employee Spotlight posts were written and submitted by Walsworth employees from all over the company. This series is intended to give you a look at all the wonderful folks that make our company what it is.