Walsworth Yearbooks schools take half the Finalists spots for yearbook categories in NSPA’s 2019 Design of the Year Contest October 1, 2019 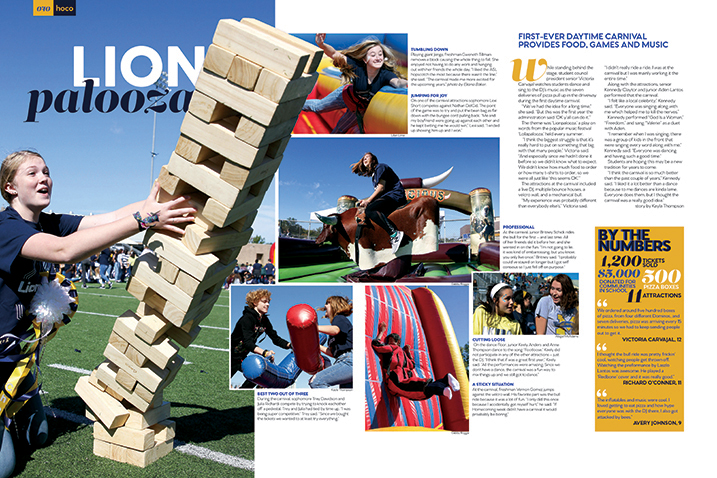 Submissions from eight Walsworth Yearbooks schools were named Finalists by the National Scholastic Press Association (NSPA) on Monday in its 2019 Design of the Year Contest.

In the Infographic category, there were three Finalists named from Walsworth Yearbooks schools. Kimball Gogel and Lilah Powlas from the Hauberk staff at Shawnee Mission East High School in Prairie Village, Kansas, were named for their graphics on a spread about stress. Ethan Schreiber from the Shawnee Mission Northwest Lair was named a Finalist for graphic work on a “in case you missed it” spread. The staff of the Salmagundi at Seminole High School in Sanford, Florida, was named Finalist for their work on a colorful “Would you rather…” spread.

All of the Finalists for the 2019 Design of the Year Contest can be viewed at the NSPA website.