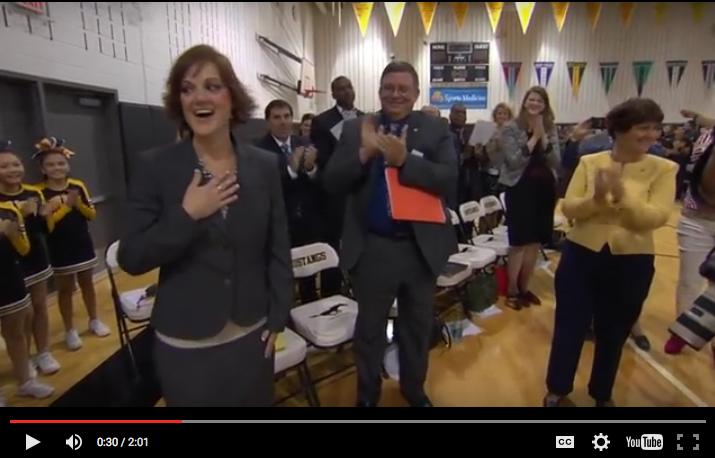 Amber Dortch, the principal at Hugo Owens Middle School in Chesapeake, Virginia, was surprised with the news of her Milken Award during a recent morning assembly.

Each year, the Milken Educator Award provides public recognition and financial awards to elementary and secondary school teachers and principals who are furthering excellence in education, as chosen by the Milken Family Foundation’s independent committee.

You can learn more by visiting MilkenEducatorAwards.org.

So proud to know Amber Dortch as a fellow coach back when I was a teacher and Forensics coach, and now principal at one of my schools. I am honored she allows myself and Walsworth Yearbooks to make her Mustangs shine.