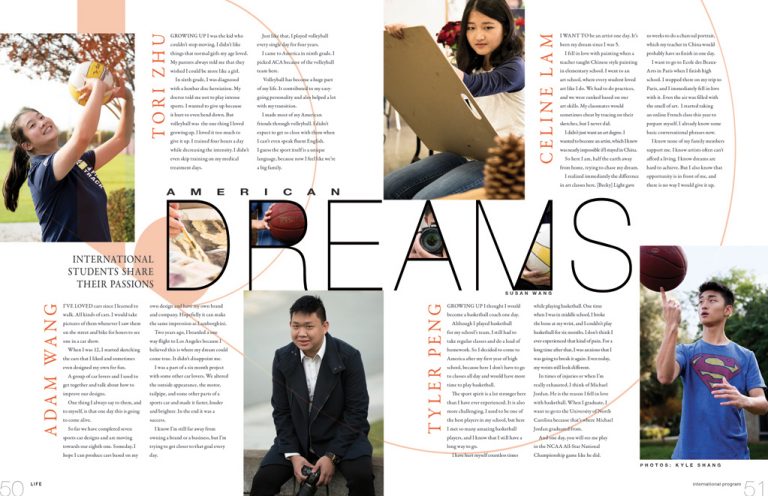 Submissions from three Walsworth Yearbooks schools were named Finalists by the National Scholastic Press Association (NSPA) on Tuesday in its 2017 Design of the Year Contest.

There were 10 Finalists named in the Yearbook Page/Spread category and three were from Walsworth Yearbooks.

Susan Wang from the Wings staff of Arrowhead Christian Academy in Redlands, California, was named a Finalist for her spread “American Dreams” on international students.

Tiffany Roberts of the Indian staff from Shawnee Mission North High School in Overland Park, Kansas, was named a Finalist for her spread “Loud and Proud” about the school’s pep club.

Taylor Deker from The Creek staff of Timber Creek High School in Fort Worth, Texas, was named a Finalist for the spread “Being Alex,” which highlighted Timber Creek students named Alex.

In the Infographic category, Shannon Wray from the Shawnee Mission North Indian was named a Finalist for her graphic work on a spread about summer travels.

All of the Finalists for the 2017 Design of the Year Contest can be viewed at the NSPA website.

Winners will be announced at the JEA/NSPA Fall National High School Journalism Convention in Dallas, Nov. 16-19.