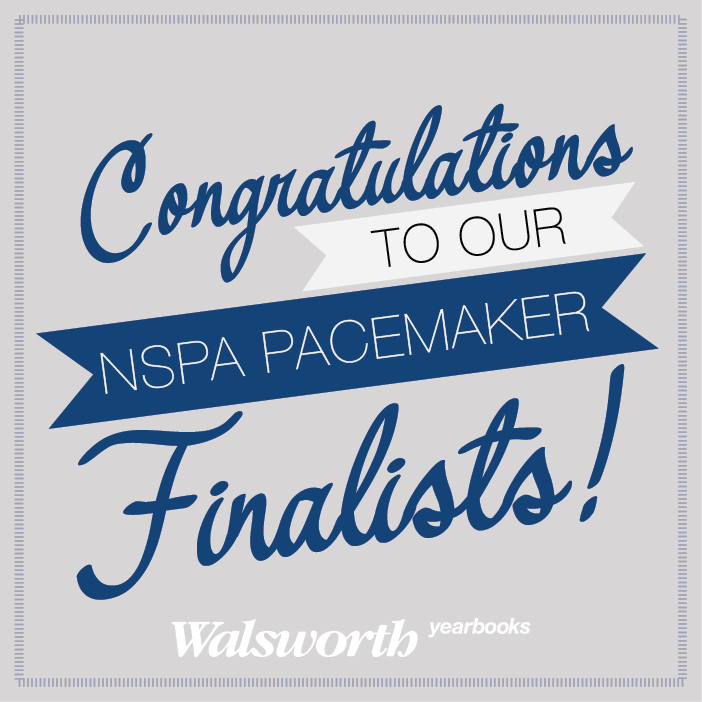 Thirteen 2016 yearbooks printed by Walsworth Yearbooks were among the high school and middle school yearbooks announced as 2016 Pacemaker Finalists today by the National Scholastic Press Association.

The Walsworth yearbooks named as Pacemaker Finalists were:

The 2016 Sword & Shield from Saugus High School in Saugus, California, also is a Pacemaker Finalist. Saugus is a new Walsworth customer for 2017.