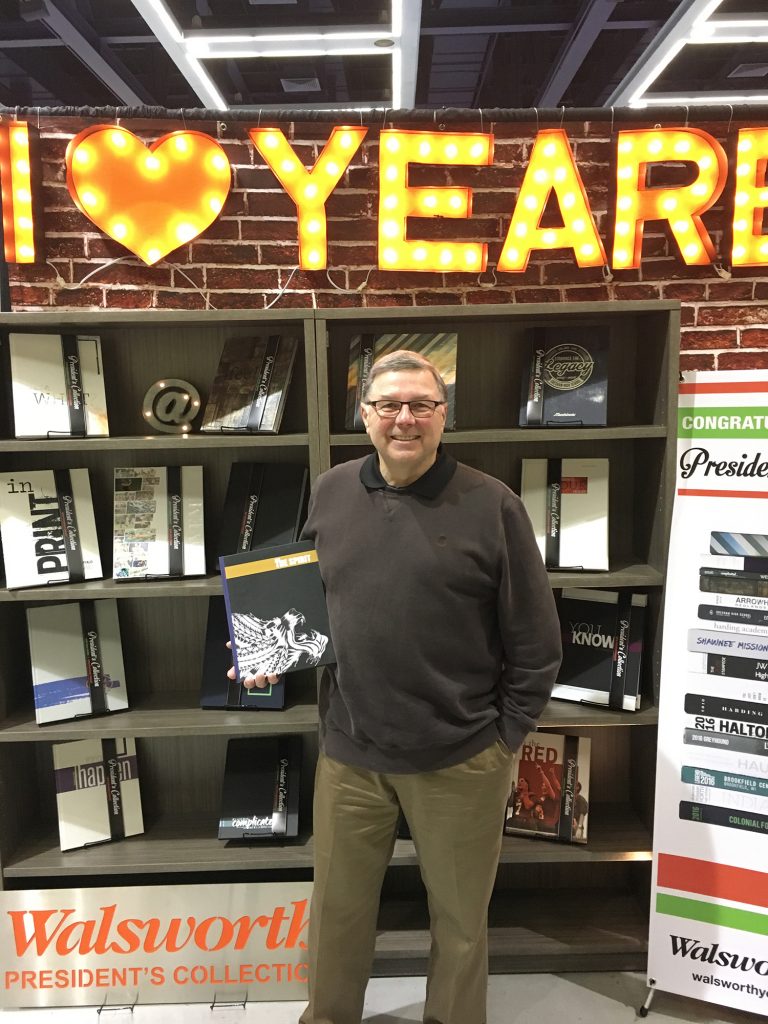 A subject worth saving

How a former Walsworth employee is helping an inner-city yearbook program remain afloat.

After about 30 years as a sales rep, Mike Archer wasn’t quite done with yearbook. He retired from Walsworth in 2014, but by fall of 2015 he was back in the business – in a very different capacity.

Archer is now a yearbook adviser at Seattle Urban Academy, a small high school in Seattle’s Rainier Valley – arguably the most diverse neighborhood in the United States.

He was at the helm as the class produced their 2016 and 2017 yearbooks and will return in the fall to help create the 2018 edition.

Archer had only been retired a few weeks when he struck up a conversation at his church. The man was involved with the Seattle Urban Academy.

“Do you have a yearbook?”

“Do you have a yearbook adviser?”

At that, the man’s eyes got big as he told Archer it would be the answer to a prayer.

Volunteering in the urban core

Despite these initial differences, Archer is satisfied with his decision to take over the school’s yearbook program.

“It’s been a tremendous experience,” he said. “It’s a little frustrating at times, as yearbook classes can be. For the most part, I really enjoy the kids.”

Reap what you sow

Archer’s hard work is making an impact. He believes the positive influence on even one young life for the better is worth the hours he’s put toward the Seattle Urban Academy yearbook.

He’s exposing these young people to career options they may have never considered.

“Maybe some kids will go into journalism or photography,” he said. Archer also presents yearbook sales as a possibility.

The yearbook program is already affecting the life of one student. This young man signed up for yearbook photography during his first year at the school.

“He didn’t know he had it. He was just fooling around with a camera,” said Archer.

Every week, the young man would bring more pictures to the classroom. They’d go over what was good and how to improve. Over time, Archer realized that his student had something that can’t be taught – an eye for photography.

“He was woefully short in technique with things like lighting, shadows, contrast and the like,” said Archer. “But you can see in his images that he was capturing things that not a lot of people capture.”

They kept encouraging this student throughout the school year and recently received an email from the principal, thanking them for recognizing a talent. The gifted young man is taking photography classes at Seattle’s Frye Art Museum this summer.

“Hopefully when he comes back into school in the fall, we can really encourage that in him,” said Archer. “It’s really cool to watch things like that unfold. It only takes one of those kids to keep you coming back.”

Archer is a realist. He knows that if the yearbook program at Seattle Urban Academy went away, few tears would be shed. The program is an elective. It meets once a week while the teachers are in a staff meeting.

Many of his students come from cultures that don’t have a family history with yearbook.

“They don’t understand that you can capture a history,” said Archer.

While yearbook isn’t an integral part of Seattle Urban Academy and many schools like it, Archer isn’t worried about the future of yearbooks in the United States. He heard concerns that yearbook programs would die with the advent of the eight-track tape, then the VCR, then CDs, then again with online technology.

“And guess what? The printed yearbook is still here. Because you just can’t take away the feeling of what happens that yearbook distribution day,” said Archer. “Kids want that heavy thing in their hands, they want their friends to be able to sign it. The printed page has been around for a gazillion years and it’s never going to go away.”

Archer is happy working where he is and with the students he’s met. Yearbook is simply a tool he uses to relate to young people.

One Response to “A subject worth saving”

So proud of my dad for continuing to instill his love of yearbooks and encouraging dreams in today’s youth! When he first retired he thought he might drive a high school bus, that’s how much he likes being around teenagers. What a guy!