Mountain Pine fires up the crowd with Yearbook 3D May 8, 2013 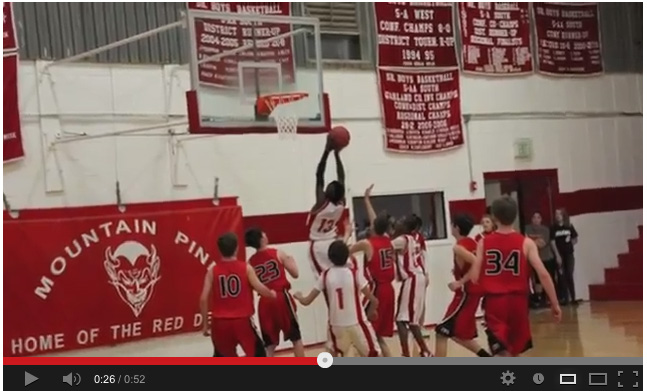 Mountain Pine fires up the crowd with Yearbook 3D

When the yearbook staff at Mountain Pine High School in Mountain Pine, Ark., found out that their 2013 yearbook would include augmented reality, thanks to Walsworth’s new Yearbook 3D mobile app and the ceBuzz current events supplement, they knew right away they had something exciting to promote.

Working together with some tech-savvy students in Mountain Pine’s EAST program (which stands for Environmental and Spatial Technology), they created a video to play during the school’s awards assembly.

The video featured images from the yearbook and showed a demonstration of Yearbook 3D in action.

Laquita Ward, Mountain Pine’s yearbook adviser, said they showed the image of YouTube sensation Psy in ceBuzz springing to life into a video and performing his hit single “Gangnam Style.”

“They went crazy over it,” said Ward. “We could not have pulled any of this off without our EAST students. We supplied the photos and they put the videos together. They also ran the technology for Yearbook 3D.”

The result, according to Ward, has been a sudden surge in sales.

“They have been driving me crazy ordering yearbooks before the pre-distribution day deadline,” said Ward.

You can see the yearbook commercial that Mountain Pine showed at the assembly by visiting the Walsworth Yearbooks channel on YouTube.