Indianapolis JEA/NSPA opens up on the exhibit floor November 10, 2016 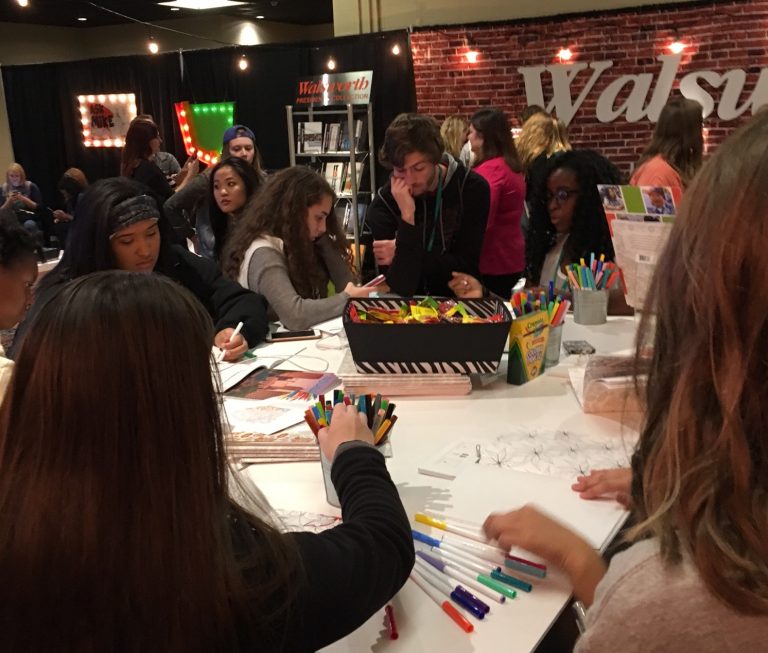 Indianapolis JEA/NSPA opens up on the exhibit floor

The JEA/NSPA Fall National High School Journalism Convention opened on Thursday afternoon at the JW Marriott in downtown Indianapolis with thousands of attendees converging on the exhibit hall to interact with dozens of exhibitors, including the Walsworth Yearbooks booth.

Yearbook advisers and staffs from across the country visited the Walsworth Yearbooks booth to browse through books for inspiration, chat ideas with journalism specialist Mike Taylor and check out Walsworth technology, including Yearbook 3D and the latest updates to Online Design.

Advisers who visited the Walsworth booth and completed an activity were entered to win an iPad Pro.

Students who passed through received free buttons, candy and coloring books. Students were also given a chance to get artistic by entering a coloring contest, with winners being selected on Friday afternoon.

The convention program will officially kick off on Thursday night when Kevin Rader and Steve Rhodes from WTHR-TV in Indianapolis, are the opening keynote speakers.