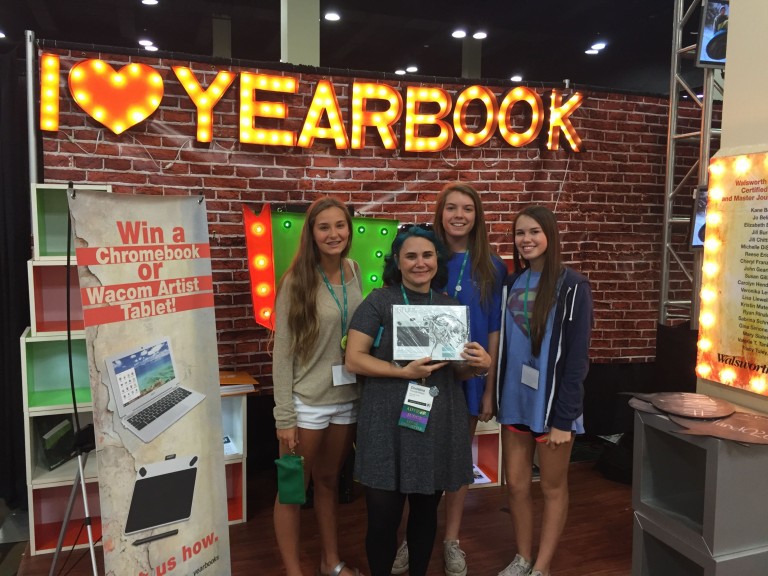 Yearbook advisers from four schools won prizes for their yearbook staffs during their visit to the Walsworth booth at the JEA/NSPA Fall National High School Journalism Convention in Orlando.

Advisers who visited the booth Nov. 12-13 to see a demo of Walsworth technology or attended a session with Walsworth Journalism Specialist Mike Taylor were eligible to enter a drawing to win one of two Chromebooks or one of two Wacom artist tablets.

The prizes winners from the booth were: