Couldn’t make it to the live showing of Feature It?  That’s OK, you still have the opportunity to learn from this informative webinar on yearbook writing.

Register below to view the recording!

Susan Massy is the yearbook adviser at Shawnee Mission Northwest High School in Shawnee, Kansas, where her Lair yearbook staffs have been demonstrating excellence in writing and design for the past two decades. The Lair recently won its 19th Pacemaker award from the NSPA under Massy’s guidance. In 1999, Massy was chosen the National Yearbook Adviser of the Year by JEA. In 2013, Massy was inducted into the Kansas Scholastic Press Association Hall of Fame. 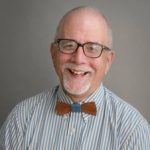 Jim Jordan is the former yearbook adviser at Del Campo High School in Fair Oaks, California, and now a Special Consultant for Walsworth Yearbooks. Jim was JEA’s National Yearbook Adviser of the Year in 1996, and his yearbook staffs at Del Campo were frequent award winners. In 2019, he was honored by JEA with a Lifetime Achievement Award.

He is also the host of the Yearbook Chat with Jim podcast on the Walsworth Yearbooks Podcast Network. 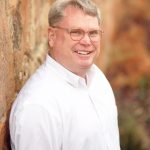 Mike Taylor, CJE, is a Journalism Specialist with Walsworth Yearbooks. He taught yearbook, newspaper and television production for 13 years at Lecanto High School in Lecanto, Florida. As a well-known instructor at workshops and conventions across the country, Taylor has consulted with countless yearbook staffs to help them realize their full potential.

He is also the host of the Ask Mike podcast on the Walsworth Yearbooks Podcast Network.