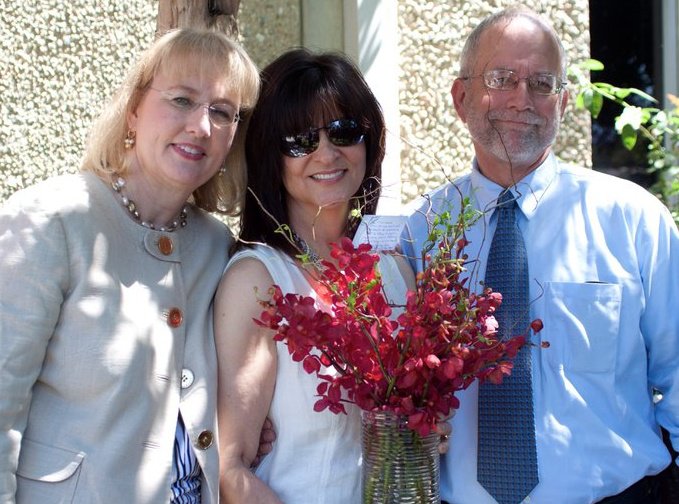 For more than 20 years, Jim Jordan, Crystal Kazmierski and Susan Massy have been the closest friends. They’ve taught together, shared ideas and supported each other. Now, the three yearbook advisers and their yearbook programs have found themselves aligned in one more way – tied in NSPA Pacemaker awards.

It’s a milestone the three are extremely proud of.

“We have been close for a long time. It’s very special,” said Massy. “To have people that you have grown up in journalism with that you can share an honor like this with is special.”

According to all three advisers, it was only within the last couple years they knew exactly that their three schools were so close in Yearbook Pacemakers, when the NSPA began announcing a number when a school won the honor at the national convention’s awards ceremony.

It’s a noteworthy achievement for the three Walsworth advisers, especially after all the years they’ve known each other. Jordan and Massy first met on a delayed flight nearly 25 years ago, while both were on their way home from attending a JEA/NSPA convention. Kazmierski and Jordan met a few years later when the new adviser Kazmierski attended Walsworth’s annual Yearbook West summer workshop.

“As close a friends as we are, and as much as we’ve taught together over the past 20 years, it’s very cool that we’re all three currently in the same place,” said Jordan. “I call Crystal and Susan the pied pipers of creativity. It’s great to have them as friends in this business.”

As expected with such a level of success in national contests, there are many similarities with the three yearbook programs at Arrowhead, Del Campo and Shawnee Mission Northwest, where the culture of the class has attracted the best students who are willing to put in the hard work necessary to create an award-winning book.

“Winning awards like the Pacemakers are the result of student work. I’ve had the chance to work with some really amazing kids,” said Massy. “My job is to provide guidance and I advise, but the work is done by the students.”

There’s been plenty of outstanding student work done at all three schools, and even though the three yearbook programs have climbed into a tie in the Pacemakers, all three advisers said there’s nothing more than friendly competition between the students.

“I’ve never sensed any kind of competition,” said Kazmierski. “(Susan’s) kids and my kids share rooms when we go to convention, and we go to dinner together. It’s not really a competitive thing.”

While the three yearbook staffs cheer each other on in the national competitions like the Pacemakers, after winning 17 of them, the pressure of creating a yearbook just for the awards seems like it could be a burden.

Jordan insisted that at Del Campo, one possible secret to the Decamhian’s success with national awards has been striving for them, but not stressing about them.

“I never really try to make a big deal of it. I tell them, it’s a group that takes a really quick look at your book, looking for specific things. If you don’t get it, that’s OK,” Jordan said. “Our staffs don’t want to let down the standard of quality that’s been set before them. It’s self-imposed. I never preach about winning awards.”

While it might seem otherwise at a school that has now won the Pacemaker 17 of the last 18 years, Kazmierski said her yearbook students at Arrowhead never seem to feel any pressure related to national awards.

“Their motivation is to just equal the work that was done before them,” said Kazmierski. “I think they hear that Wings is something really awesome and fun to be a part of. I’m not sure the awards are what motivates them.”

Perhaps not, but they’re still nice. Especially when you can share them with friends.

These three are not only best of friends, they are great people, and AWESOME yearbook advisers – all three! Honored to know them!