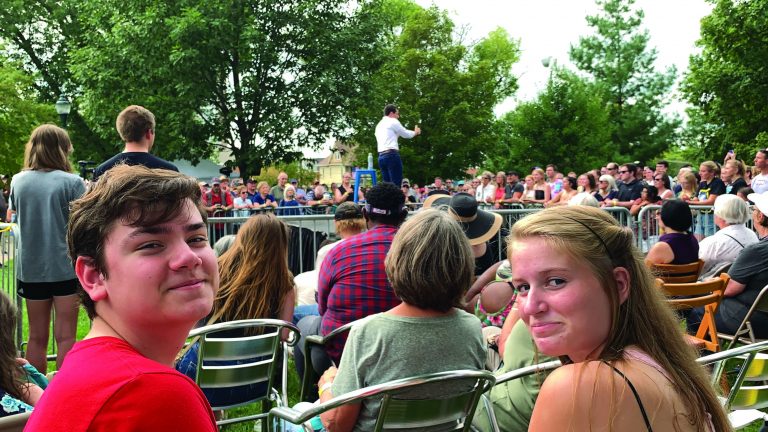 Clear vision for your 2020 election coverage

High school journalists covering politics in the era of President Donald Trump face a daunting challenge. A polarized electorate makes it ever more difficult for any reporter to toe the line of objectivity. Scholastic journalists, particularly those working for yearbooks, face an even bigger hill to climb as they face possible pressures from sources, fellow students and administrators as they seek to include relevant coverage in the document of the year.

Sitting in their corner though is likely their yearbook adviser. As the staff makes the decisions about what goes into the annual, they need to remember the yearbook provides students a record of what has happened in their particular political corner of the world. For students in big battleground states or with lots of fundraising cache, this provides opportunities for some interesting political coverage. 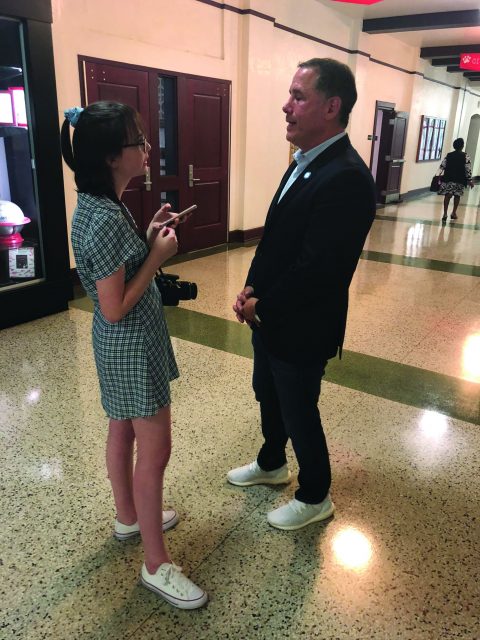 Deciding your coverage and angles

“Yearbooks are a time capsule and, yes, that includes important political stories,” Humphrey said. “People are going to look back on 2017-2020 as a pretty consequential time in our country’s history and so we owe it to our readers to cover that.”

Jon Rogers is the yearbook adviser at Iowa City High School, in Iowa City, Iowa, a state in the crosshairs of the Democratic candidates with the earliest caucus. Rogers said politics isn’t always in the coverage plans on an annual basis, but when it is, his staff works hard to cover the events and students who are impacted by political visits.

“You’re not endorsing anything, just that these people came here, and you talk to students about who they’re supporting,” Rogers said. “Focusing on the students who are involved in doing things politically, that’s a great way to showcase these students on their interest.”

JEA President Sarah Nichols, MJE, is the adviser of Details at Whitney High School in Rocklin, California. Her students have covered politics the past four years and they do their best to keep the focus on what the rest of the yearbook focuses on: students, their interests and what they’re doing.

“Our yearbook coverage really depends on what resonates or draws reaction from our students at the time,” Nichols said.

“High school students are the reporters, so they’re pretty keen to what’s relevant. If they’re interested, they know some of our readers will be as well. In particular, they’re focusing interview questions on topics like college debt, school safety and LGBTQ issues – all topics important to students at our school.”

Humphrey also makes sure his students provide coverage that they don’t get through the traditional lens of local media or national news outlets.

“One thing publications can do is to really look at that through the lens of their student body rather than just parroting what the local paper or cable news already does,” Humphrey said.

Rogers found students who were volunteering for campaigns for coverage ideas this year, as results for the general election obviously won’t be available for the 2019-2020 yearbooks. Nichols suggests yearbook staffs be open to whatever might come their way during the school year.

“As we prepare for Election 2020, we’re most conscious of assuring our readers that we have no agenda and that our coverage will extend to any candidate who visits our area,” Nichols said. “The yearbook is a historical document to report on students’ perspectives and reactions from the year, so absolutely it should include politics and students’ civic engagement through coverage of their active participation in and reaction to rallies, debates, campaign visits, ballot initiatives and everything else involved.” 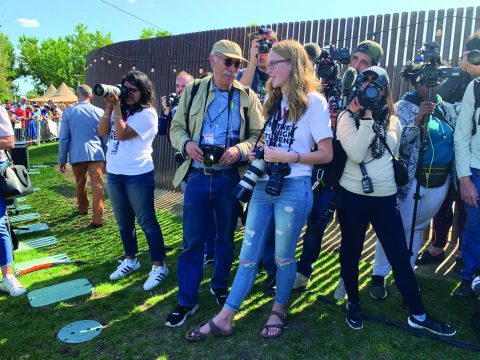 Waiting with other media professionals, Trinity Barker visits with a photographer as they cover a campaign visit for former Mayor Pete Buttigieg in West Sacramento on Sept. 29. Barker said one of her favorite aspects of photographing the event was the chance to visit with the pros. Photo by Sarah Nichols, MJE

Outside of who and what to cover, probably the biggest issue for young journalists is how to remain objective. The hyper-partisan nature of today’s political discourse makes it particularly key for young journalists to learn how to find information and quotes that tell stories, but don’t turn readers off.

“I try to remind them of how to localize, how to make it manageable for their readers, how to make younger students — several years from voting age — see a connection,” Nichols said.

Possibly the largest side benefit of covering political events is the ability to rub shoulders with the professional press. It’s a pretty neat experience for any journalist to work alongside the local professional press, but also those from national media like CNN and the New York Times. Nichols took four of her students to an event for democratic presidential candidate Mayor Pete Buttigieg in September 2019, and they only had positive experiences.

“I was so pleased by the warm welcome my reporters received from the professionals,” Nichols said. “We were the only student media program, and several photographers offered tips and suggestions to my students throughout the event.”

Rogers said he’s been blessed with support from his administrators as his students pursue and create coverage of the Democratic primaries occurring in Iowa.

“It’s a great experience to be covering an assignment with reporters from the New York Times,” Rogers said. “Everyone really loves having the high school kids there. They see it as democracy and supporting youth journalism.”

Sparking and then cultivating an interest in politics – whether journalistically or just as a student during a pivotal election in American politics – is something Nichols cherishes.

“As an adviser, I see this as an opportunity to guide my students toward a greater awareness and interest in politics,” Nichols said. “In many cases, they come to my staff knowing nothing about politics and having very little interest. I feel it’s part of my calling to help them learn why it matters, and once they do, they spread that passion to their readers.”

Matthew Schott is the yearbook adviser at Francis Howell Central High School in St. Charles, Missouri. He's been recoginzed as the 2010 Missouri Journalism Teacher of the Year, as well as a Special Recognition Adviser by the Dow Jones News Fund.