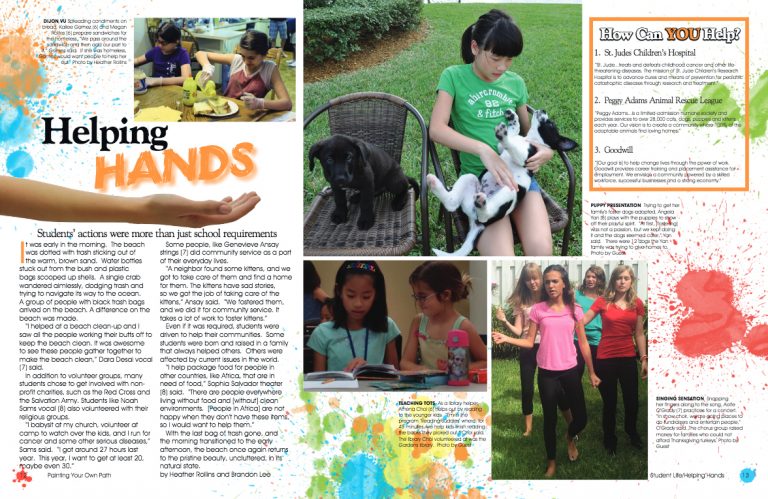 Heather Rollins and Brandon Lee of the Masterpiece staff from Walsworth Yearbooks school Bak Middle School of the Arts in West Palm Beach, Florida, have been named Finalists by the National Scholastic Press Association (NSPA) in its 2016 Story of the Year contest.

Rollins and Lee were named Finalists in the Diversity Story category for an article they wrote in the 2016 Masterpiece on various forms of volunteer and charity work that Bak students performed throughout the school year.

NSPA’s annual Story of the Year contest typically draws hundreds of entries across its five categories, before narrowing down to 10 Finalists in each category. All of the Finalists can be found here on the NSPA website.

Winners will be announced in November at the JEA/NSPA Fall National High School Journalism Convention in Indianapolis.