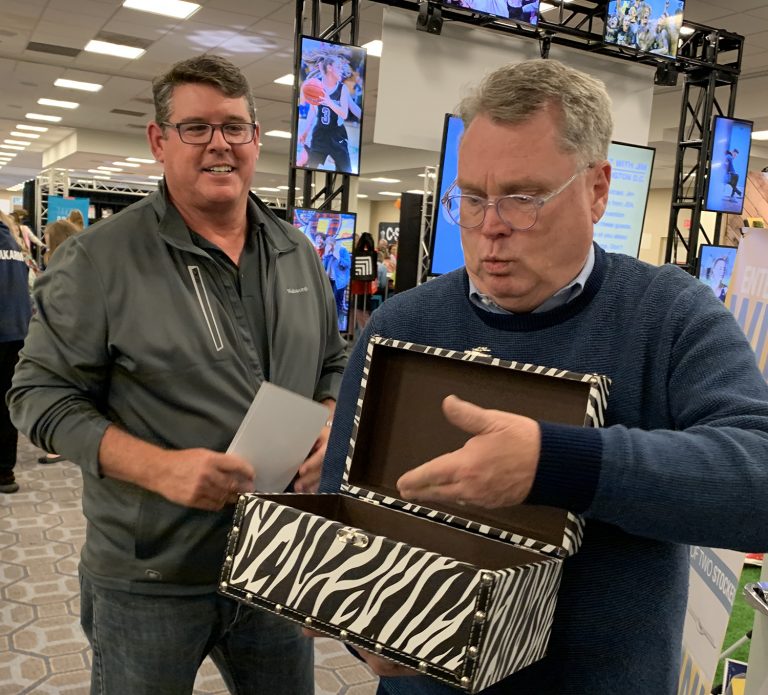 After two days of bustling activity on the exhibit floor and in the Walsworth Yearbooks booth, two yearbook advisers were drawn as winners of mini fridges for their yearbook rooms on Friday afternoon at the JEA/NSPA Fall National High School Journalism Convention in Washington, D.C.

Hope Gheorge, adviser from American Heritage High School in Boca Raton, Florida, was drawn as one of the winners in a brief ceremony hosted in the booth by Walsworth’s Mike Taylor, CJE.

That was followed by Devin Nemirow, adviser from Washington-Liberty High School in Arlington, Virginia, being drawn as the second winner.

Any adviser that visited the Walsworth booth over the past two days and interacted with an activity was eligible to enter their name in the fridge drawing.

The mini fridges will now be delivered to the two schools, fully stocked with goodies including popcorn, Twizzlers, Gatorade, Goldfish crackers, Pop Tarts, bottled water and other snacks.